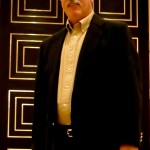 Stanley Neal Rosenblatt, age 74 years, 11 months, succumbed to his battle with acute myeloid leukemia on March 11, 2022, surrounded by family at his home in Hickory Withe, TN.

Born April 12th, 1947, in the Bronx, New York, Stan possessed the commonly found traits of many New Yorkers: those of quick wits, street smarts, and an outspoken demeanor, all of which served him well throughout his life. Stan’s parents introduced him early on to the benefits of running your own business. As a child, Stan worked in the family-owned bowling alleys, as a pin boy setting lanes and handing out shoes. The foundation of hard work and teamwork were being formed. Along with tennis and racquetball, bowling would become a favorite sport of Stan’s, playing in weekly leagues most of his life even after his failed eyesight kept him from seeing the pins.

From his mother, Stan learned the gift of conversation which sparked his lifelong passion to sit and talk with anyone about almost anything. From his father, Stan was endowed with a love for all music, numbers and knowledge of the stock market. From these modest roots, Stan Rosenblatt grew up to be a self made, successful businessman, with strong passion for the American Dream. He revered those who also took advantage of all that America had to offer. He took the greatest pride in being a patriotic American. He also supported his local community giving generously to those in need. Stan was also a staunch supporter of Israel.

Admittedly, not interested in academics at the all-boys DeWitt Clinton High School of the Bronx, Stan found a college willing to accept his transcript and left New York City headed for Northern Michigan University. It was there he discovered the good college life, independence, beer and girls. A couple of years later, at The University of Cincinnati, Stan matured, got serious about school, made the Dean’s list and graduated with a bachelor’s degree in business administration. Along with Boy Scouts and sleep away camp, Stan credited his college experience as a hallmark in building what he considered one of the best traits a person can have, self-confidence.

It was in Cincinnati that Stan met his first wife, Paula Cohen with whom he would have three children. He began his professional career managing big box retail stores working for GES and Zayre. His career took him to Indianapolis and then to Memphis where he managed the J. B. Hunter store at 3030 Poplar Avenue. Stan’s fast talking, quick decision making, win/win attitude, open-door management style surprised but quickly won over his Southern employees. A favorite shopping destination for Memphians in the 1970’s, the two story, 150,000 square foot J. B. Hunter department store, known for its “inclinator”, saw a vast turnaround in store morale and performance under Stan’s management.

One turning point in Stan’s life occurred in 1980 when he was let go by J. B. Hunter’s new ownership team. Finding himself abruptly unemployed with two young children, a third on the way, and wife to support, Stan decided to “take the keys to his own ignition” and became his own boss. He owned several businesses around Memphis including Gingiss Tuxedo Rental, the American Security Door Store, and was also part owner of a bar, Miss Kitty’s, in the Cooper-Young district.

It was through his voracious reading of business books, magazines and biographies that Stan came to discover his life’s passion in the real estate business. Starting in the early ‘80s and continuing over the next four decades, he bought, renovated, rented, and sold hundreds of houses in Memphis. His tenants and associates knew him as an honest, fair, and generous man often reducing rent in times of need. Again, employing his win-win mantra, he often helped renters who otherwise could not get approved for home loans by personally financing the purchase of the home they’d been renting to become first time homeowners.

In 1994, another turning point in Stan’s life came with a divorce. Accepting the reality of being single, he moved forward posting a personal ad in the dating section of The Commercial Appeal. Utilizing his marketing skills, he listed himself as a “sweet, nice guy” which caught the eye of Betty Ann (Thompson) Toler. “Love at first touch” is how they both described the first time Stan held Betty’s hand. The comforting electricity felt that day was all either of them needed to catapult quickly to engagement, to the purchase of a home together. A year later, Stan and Betty married March 22, 1995, at Temple Israel.

Their shared love for travel took them all over the Americas and Europe on ninety-two separate vacations. Whether traveling to a scenic National Park or a large city, Stan loved unique experiences and staying in memorable hotels, lodges and even castles. Betty joined Stan in learning his real estate business, and he reciprocated in learning of Betty’s passion for nature and Elvis Presley. It’s in the world of Elvis Tribute Artists/Festivals that Stan and Betty found a second, loving family of friends.

For Betty, McKenzie, Tennessee, holds a special place in her heart. Knowing this, Stan bought her a lake house in McKenzie where they enjoyed walks on the family farm, four-wheeling, and bringing together family for weekend get togethers. Stan loved the chance to take Betty to Florida to visit his parents and enjoyed getting to know Betty’s parents in Memphis. Betty’s father, Earl, and Stan shared a love for good food and conversation. In later years, as Stan’s eyesight declined and cancer progressed, he and Betty were practically inseparable. Stan’s sister-in-law Judy Toler, dear friend Jane Rye, and little granddaughter Elizabeth would join Betty and he on many of their later travels/Elvis festivals.

Stan is preceded in death by his parents, Marion and Nathan Rosenblatt of North Miami, Florida, and his six beloved Golden Retriever dogs. He is survived by his loving and devoted wife Betty Ann; his children, Michael (Marlene), David (Meredith), Amy (Chris) Pickler, Ben Thompson; and four granddaughters, Elizabeth, Julianne, Coralyn, and Claire.