NASHVILLE, Tenn. – A bill aiming to allow teachers to use pronouns not used by a student was discussed on Wednesday. 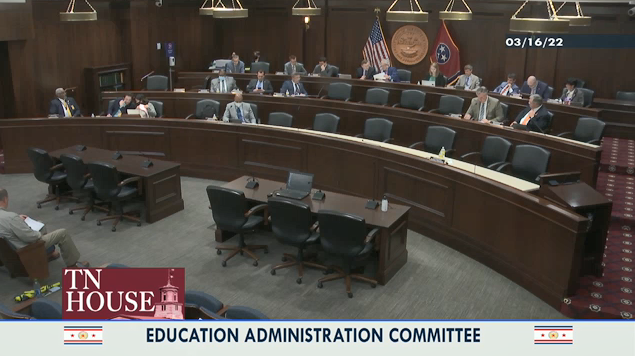 House Bill 2633 states that teachers and other public school employees would not be required to use a student’s pronouns that does “not align with the student’s biological sex.”

Rep. Mark Cochran, the sponsor of the bill, says his legislation is aimed at protecting the free speech of teachers.

“Teachers and public school employees, however, cannot be forced to contradict their core beliefs or to say things they don’t believe,” Cochran said.

Those against the bill say this bill would give school staff a way to bully their students and create an unsafe learning environment for students.

“I know that being the most effective, responsive school counselor I can be means honoring and respecting my students’ identities, even when they are different from my own. Students learn best when they are in environments where they feel safe and supported,” said Will French, an educator and a nationally certified counselor.

Both sides of the bill say that constitutional rights are on the line when it comes to the bill.

“I believe the Supreme Court has ruled that forced speech is a violation of free speech. If you visit adverse effects on someone for not saying something the way that you want them to, that is forced speech,” Ragan said. “Therefore protecting teachers who do not want to do this is not anything that I see as wrong.” 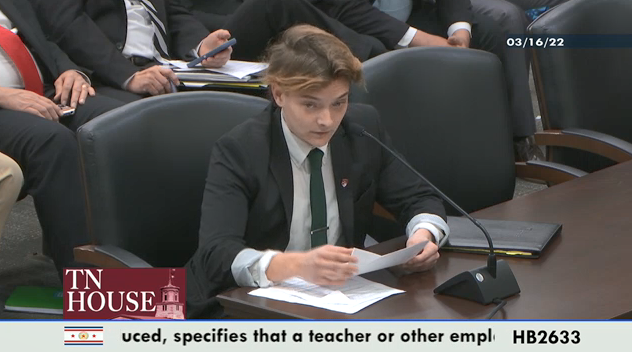 “There are several, seriously, statutory and constitutional issues with this bill. First it would violate Title IX to discriminate against transgender students. The US Supreme Court has already recognized, like you mentioned, that treating someone differently just because they are transgender is sex discrimination. Here trans students would be singled out by their teachers and be treated worse by their peers,” said Henry Seaton, the Transgender Justice Advoacte from the American Civil Liberties Union of Tennessee.

He went on to say that it would be a denial of equal protection and violation of student privacy rights.

The bill was passed by the Education Administration and will now go to the Calendar & Rules Committee.

That legislation – which seeks to keep trans women out of middle school, high school and post-secondary education sports – passed and will go to the Civil Justice Committee.