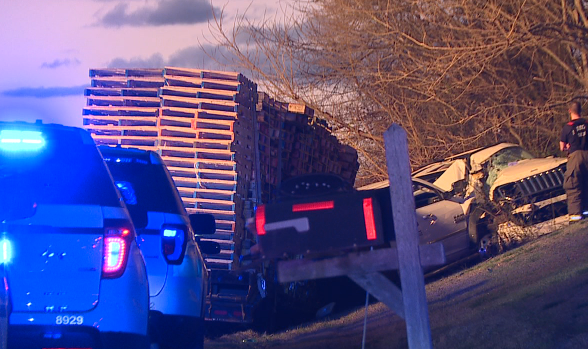 Medina police say the pursuit started when officers tried to conduct a traffic stop near Cumberland Street and the Highway 45 Bypass in Medina.

They say the driver of the vehicle would not stop and kept driving going through two red lights going towards Old Medina Road.

Once the driver passed the city limits, Medina police stopped their pursuit.

The Tennessee Highway Patrol says at approximately 6:20 p.m. they were called to investigate a multi-car crash that happened on Old Medina Road near Barnes Road.

THP says three juveniles died and a fourth was taken to a hospital because of the crash.

THP says this is an ongoing investigation.