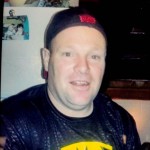 Richard was born June 27, 1974 in Somerville, Tennessee, the son of Annie Thurmond and the late Billy Wayne Weaver. He was previously employed at Top of Line Countertops in Memphis, was a mechanic and was most recently employed as a lawn care specialist. Richard enjoyed hanging out with his friends and loved being around children of all ages.