JACKSON, Tenn. — A local organization hosted an event to highlight the challenges that students of the Hub City have faced and overcame. 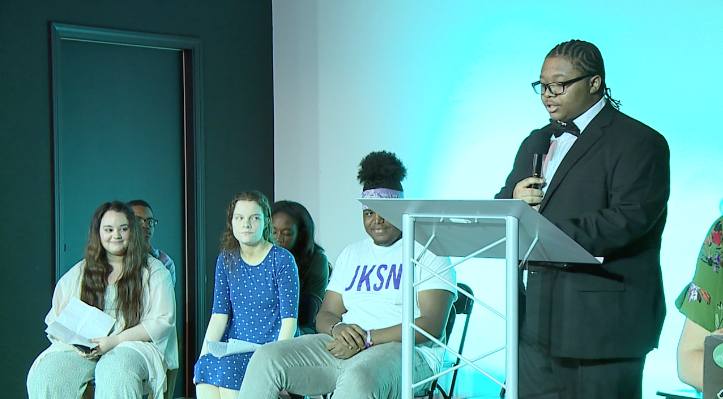 The Mentor Organization Jackson Grown honored 12 of their participants on Friday with a luncheon and platform to address their concerns and solutions for the city of Jackson.

Courtney Searcy, the Program Director of Our Jackson Home, says the Jackson Grown program’s sole purpose is to create a space where youth can grow and develop into who they want to be.

“Today they’re going to be presenting those ideas and the challenges to the city. So we brought some of their mentors and some people from the community who are involved with some of the topics they’re addressing to hear those ideas and celebrate the program,” Searcy said.

Pautez Freeman, a student at Liberty Tech, says he went to discuss problems in his community. He says the city should focus on education because the school is the backbone of our society.

“A lot of the low income schools that live in low income areas don’t get the funding they need compared to other schools that are already well funded and keep getting more and more funded,” Freeman said.

Timothy Branch, a student at Jackson Central-Merry, says Jackson Grown helped shape him into the person he is today.

He says he wants to use the leadership skills he gained to create a safe space for the youth of Jackson.

“I want to keep youth off the streets and I want to create a safe space for youth to come instead of being out,” Branch said.

Amiriah Springs, a student at Madison Academic, says the organization helped her come out of her shell.

She says she now wants to advocate for equal opportunity within schools to ensure that every student has an opportunity to succeed.

“I want to highlight different opportunities in each school instead of having certain classes in one school and a certain curriculum from only this school, especially with me going to Madison. And it’s different for kids who go to Liberty because they don’t get the same opportunity as I do,” Springs said.

Searcy says they are currently looking for more mentors and students to be involved.