Women from all over the U.S. gather for the finals of the Miss Volunteer America Pageant

JACKSON, Tenn. — Families, friends, and pageant fans from across the country gathered in Jackson to witness the crowning of the first Miss Volunteer America.

Businesses across the country  gathered to give the winners of the contest a chance to live the dream that they worked so hard to accomplish.

Contestants greeted the audience with an introduction after performing a dance number.

Soon after, out of 47 participants, 16 lucky contestants were chosen to participate in the finals.

Paige Dennis, Owner of Joann’s in Union City, Tennessee says she’s proud to be a part of such a momentous event. 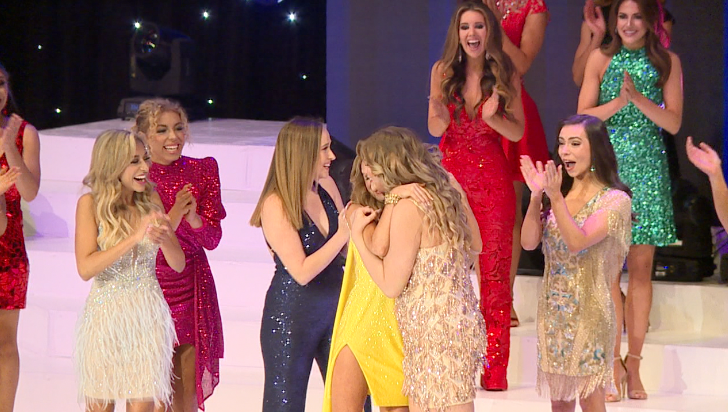 “So my business, we supplied a lot of the gowns for the production, almost all of them and I’m just so lucky. I feel so privileged that we have such a wonderful program based right here in West Tennessee that’s not only giving back to the young women, but giving back to the community,” Dennis said.

Dennis says tonight they are giving out over 150,000 scholarships to women who participated in the pageant.

“I don’t know if there is any competition in the country or in the universe actually and I attended all of them, that allow us to give away this amount of scholarships. I know we have a high number of scholarships that we will be giving out tonight,” Dennis said.

Dennis says tonight’s winner will receive a prize that anyone would kill for.

“Tonight’s winner will be a lucky winner. She’ll be mentored by the best mentors in the state including Alison Aretsan Marcus, Joe Hilder the business manager, and a plethora of people who have come through to make this the next champion pageant in the world,” Dennis said.

She says this would not be possible without the help of the people and communities of Tennessee.

“It’s all possible because of the generosity, not only from this community, but the communities and states surrounding us,” Dennis said.