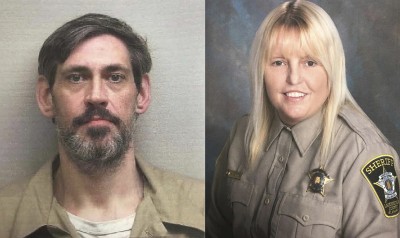 Singleton said at a news conference that marshals were pursuing a pickup driven by Casey White when the truck wrecked and he surrendered.

Vicky White was taken to a hospital.

The Marshals Service said a warrant was issued on May 2 for Vicky Sue White charging her with permitting or facilitating escape in the first degree.