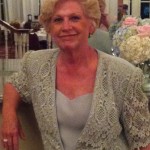 Mary Evelyn Steward Crump, age 77, resident of Eads, Tennessee and wife of the late Lyndal E. Crump, departed this life Sunday morning, May 8, 2022 at her home.

Evelyn was born June 16, 1944 in Somerville, Tennessee, the daughter of the late Arthur Edward Steward and Kathrine Alberson Steward. She was a hometown child from the day she was born and graduated from Fayette County High School in 1962. She loved her classmates and they would always call her when things would happen and she would get the message out to all of the classmates.

Mrs. Crump began her nursing career as an LPN and continued her career by graduated from Union University in Jackson, Tennessee and becoming an RN. She worked at Baptist Memorial Hospital for many years. She continued with her studies and obtained her Bachelor of Science degree and graduated with honors.

Mrs. Crump was invited to speak at the Tennessee Nurse’s Association in Nashville, Tennessee on the type of walking rounds with hundreds of nurses in attendance. She continued her career in 2009 and became a Nurse Liaison, traveling to many hospitals. She began seeing many end-of-life patients and dearly loved being a hospice nurse. It meant so much to her. There was no other job that meant so much to her. Not only was Evelyn their caregiver, but she also made many friends along the way, and to this day, those friends still stayed in touch. In 2018, she became an ambassador to Provision CARES Proton Therapy in Franklin, Tennessee, and still continued serving as long as health permitted.

Evelyn was a member and officer with Celebrate Nursing where she planned, coordinated and organized many nursing galas that honored nurses in Fayette and Shelby counties. She was also a member of the Baptist Honor Society and the Red Hat Society. She was nominated to be one of the Top 100 Nurses in Fayette and Shelby counties and the Excellent Eleven, which she received both honors.

Evelyn was married December 27, 1961 in Florence, Alabama to Lyndal Eugene Crump who preceded her in death on March 14, 2008. She enjoyed sewing, traveling and getting up early to write letters to her friends. More than anything, she loved being a nurse and taking care of others.

In addition to her husband and parents, she was preceded in death by her sister, Jo Ann Moore and her brother, Morris Reynolda Steward.