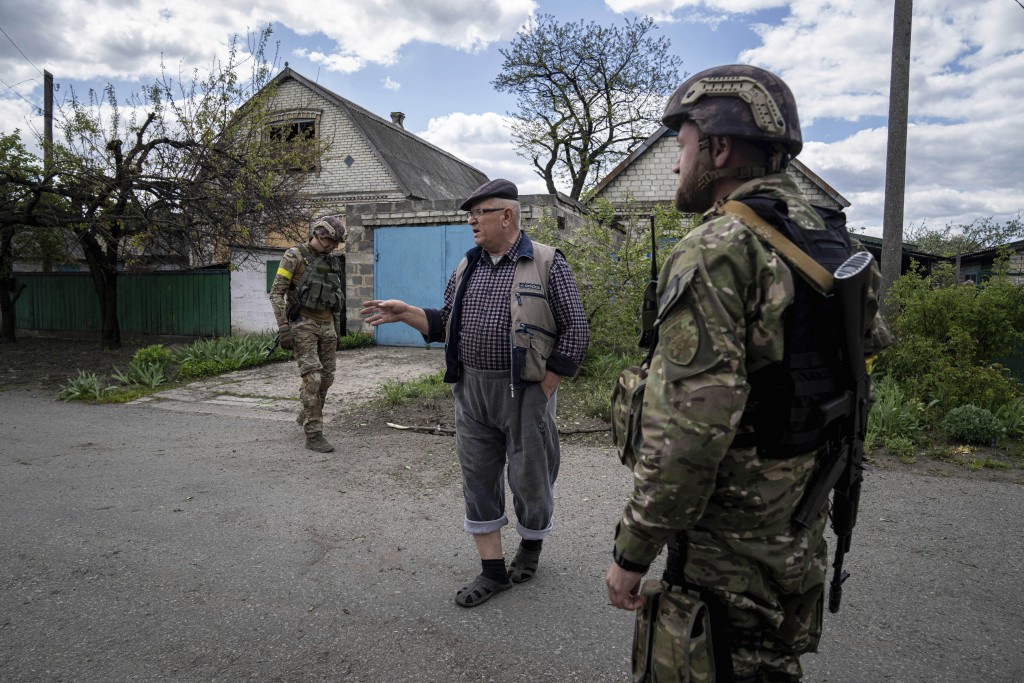 A Ukrainian serviceman talks with a local resident after de-mining the residential area after shelling of Russian forces in Maksymilyanivka, Ukraine, Tuesday, May 10, 2022. (AP Photo/Evgeniy Maloletka)

She didn’t say when the trial will start, but her office has said it has been investigating more than 10,700 alleged war crimes committed by Russian forces and has identified over 600 suspects.

Meanwhile, Ukraine shut down one of the pipelines that carry Russian gas across the country to Western Europe.

And a Kremlin-installed official in the captured Kherson region says he wants Moscow to annex the region.