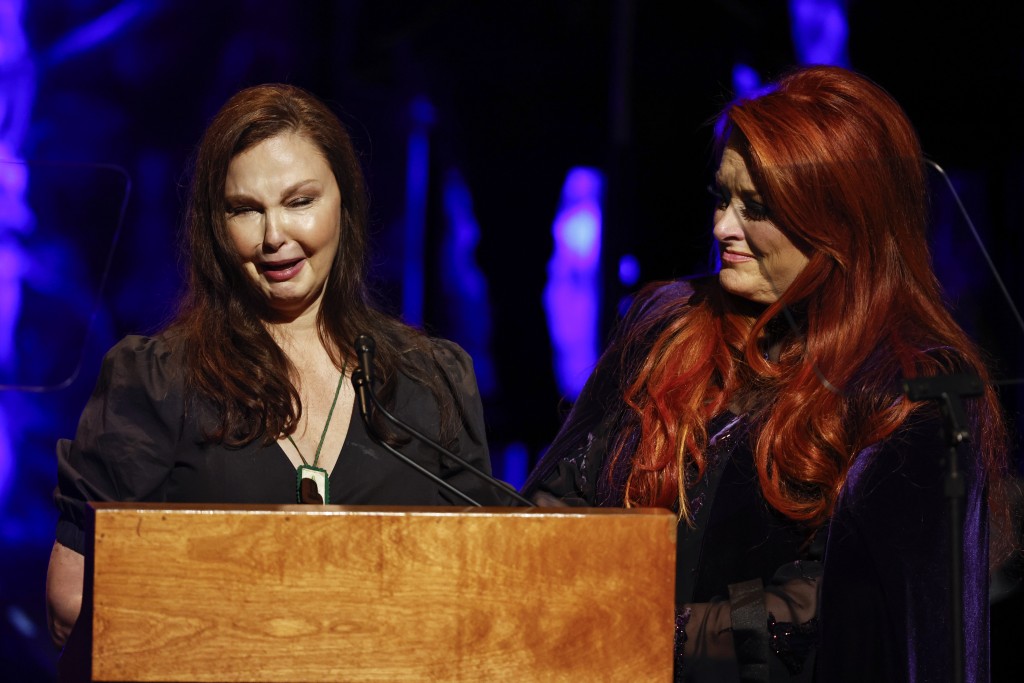 Ashley Judd, left, cries as she speaks while sister Wynonna Judd listens during the Country Music Hall of Fame Medallion Ceremony Sunday, May 1, 2022, in Nashville, Tenn. (Photo by Wade Payne/Invision/AP)

In an interview on “Good Morning America,” the movie star said she wanted to address her mother’s struggle with depression and talked about resources such as the National Suicide Prevention Lifeline.

Naomi Judd died at the age of 76, a day before she was inducted into the Country Music Hall of Fame with her duo partner and daughter Wynonna Judd.

She said she cherishes every moment they had together.

She also says she hopes people make the distinction between their loved ones and the mental health issues they face.