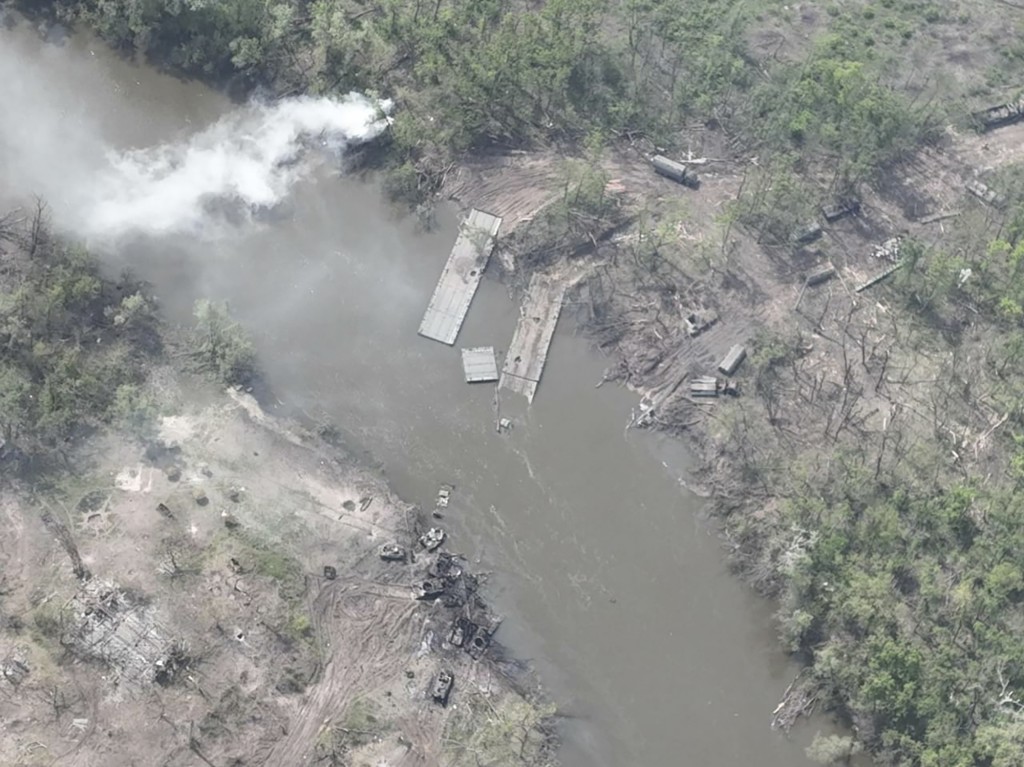 In this handout photo provided by the Ukraine Armed Forces on Thursday, May 12, 2022, a ruined pontoon crossing with dozens of destroyed or damaged Russian armored vehicles on both banks of Siverskyi Donets River after their pontoon bridges were blown up in eastern Ukraine. (Ukrainian Presidential Press Office via AP)

That’s another sign of Moscow’s struggle to win decisive victories and salvage a war gone awry.

Ukraine’s airborne forces command has released images of what it said was a damaged Russian pontoon bridge over a river and several destroyed or damaged military vehicles.

The command said its troops “drowned the Russian occupiers.”