Friday The 13th AM Update

Good morning everyone on this Friday, May the 13th.

We reached 93° yesterday in Jackson toppling a 60 year old record but a slight cool down is coming today with a chance for some rain showers and isolated pop up storms. The greatest chance for storms will be west of Jackson and in the late morning and early afternoon. 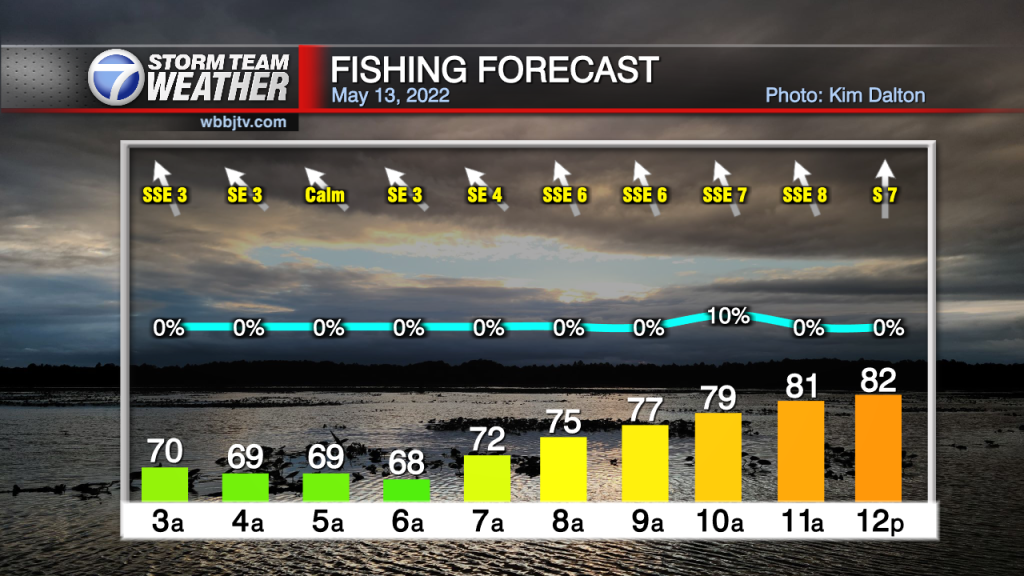 Any severe risk is low and mainly west but a isolated storms will contain the usual heavy downpours and cloud to ground lightning. The good news is the majority of the weekend appears to be dry. We will talk more about the cool down and the upcoming rain and storm chances  coming up here.

DO NOT leave your kids or pets inside a car while you run errands, even for a few minutes. Every year in the United States, an average of 37 children die after being left in hot cars, according to the journal Temperature.

Clouds will try to stick around for the first half the day and some of us will see showers and weak storm chances returning in the afternoon and evening hours. Highs will likely be a few degrees cooler than Thursday due to a backdoor cold front (a front that is moving from the east towards the west.) As of this morning the front was located just west of Jackson and continues moving westwards towards the Mississippi River where the best chance of storms will reside later today. The winds will likely start out of the northeast and shift to the southeast into the afternoon depending on where the front stalls out at. Mid 80s are still expected in the evening and lows will again fall into the low to mid 60s to start the weekend. 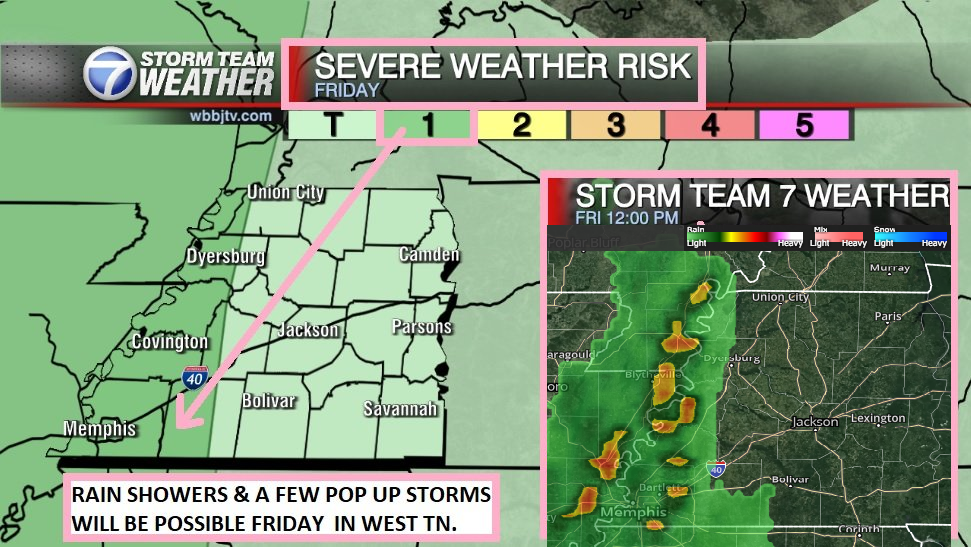 Most scenarios are hinting at a chance for some showers and pop up storms to return for both Saturday and Sunday. Partly cloudy to mostly sunny are also expected and that will keep temperatures a bit cooler for the upcoming weekend. Highs will still make it into the mid 80s but 90s are not likely either day this weekend. The winds will come out of the southwest or west and could shift to the northwest late Sunday if the next cold front makes it through. Saturday night and Sunday night lows are forecast to be in the low to mid 60s.

The most likely times for showers will be early in the day on Saturday and late Sunday evening. As of now severe weather does not appear to be in the forecast but some thunder and lightning and brief periods of heavy rain will be possible with the storms that pop up on Saturday. A few gusty storms cannot be ruled out late Sunday evening into Sunday night as the next front pushes through.