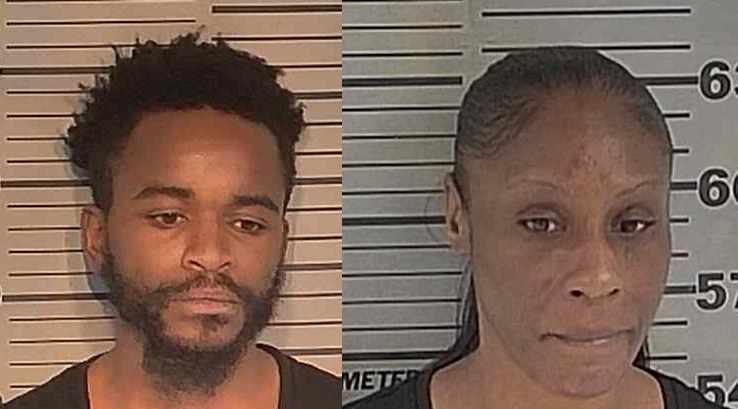 According to the Dyersburg Police Department, officers responded to Lipford Circle around 1 a.m. on May 12 after reports of a possible active shooter.

Police say that a 24-year-old female victim reported that a suspect, later identified as Marcus McClendon, followed her from her home to Plummer Circle, and shot at her multiple times while she was in her vehicle.

The victim states she left the area and returned to her home on Lipford Circle, where she observed McClendon’s vehicle nearby.

When officers arrived, they discovered McClendon inside the vehicle along with a female passenger, identified as 40-year-old Laquanda Matthews.

Police say McClendon was taken into custody without incident, however Matthews failed to comply with the officer’s instructions and was arrested after a brief struggle.

According to authorities, the weapon suspected to be involved in the shooting was recovered from the vehicle along with ammunition. Officers also recovered multiple shell casings from the scene of the shooting.

The two were transported to jail pending action from Dyersburg City Court.