JACKSON, Tenn. — WBBJ 7 Eyewitness news reporter, Jeremy Jackson spoke to the people of West Tennessee to find out how they feel about the summer heat and restrictions on COVID.

Dawson Sewell, a resident of Jackson says it feels good to finally be around people again.

“It feels good, it feels good, you know. I guess the sickness dropped and everything. We ain’t got much to look out for 2022,” said Seawell.

Charles Harrison, a first time visitor of Beech Lake , says he was amazed to see so many people.

“When we were in the car coming, I was saying oh my god and it was so cool. I wanted to be here for the first time. I wasn’t scared but it was so cold,” said Harrison.

Jada Transor, a local resident, says she’s just excited to be out.

She says it just feels good not to worry about tornadoes for a minute.

“It feels nice, the weather is not too hot and it’s warm,” said Transor.

Joel Barnes, WBBJ’s Chief Meteorologist says he’s happy to be out enjoying the day with his family.

“It’s finally nice to have a nice day on the weekend. We’re not dodging showers and thunderstorms. The bad news is, we may have some storms coming in here later this evening so I’ll be keeping an eye on the radar. Hopefully I don’t have to come into work, but I believe Brian has you covered tonight.  If not, Shaley has you covered as well,” said Barnes. 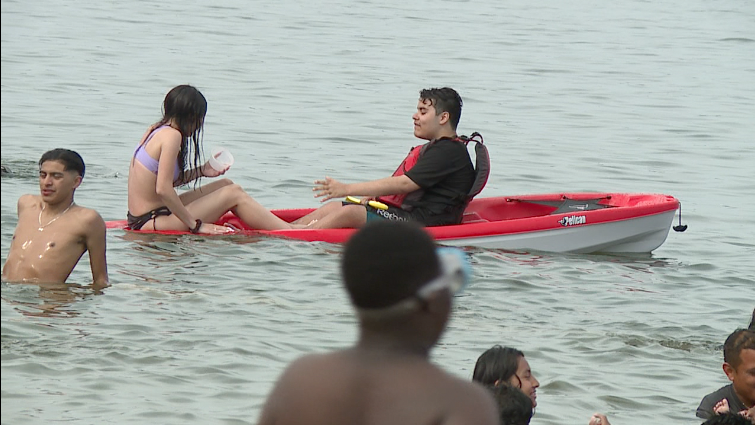 Kadence Mcknight says she’s happy to be around people.