KYIV, Ukraine (AP) — The fall of Mariupol appears at hand as Ukraine is moving to abandon a sprawling steel plant where its soldiers had held out under relentless bombardment for months, which would make it the biggest city to fall into Russian hands. 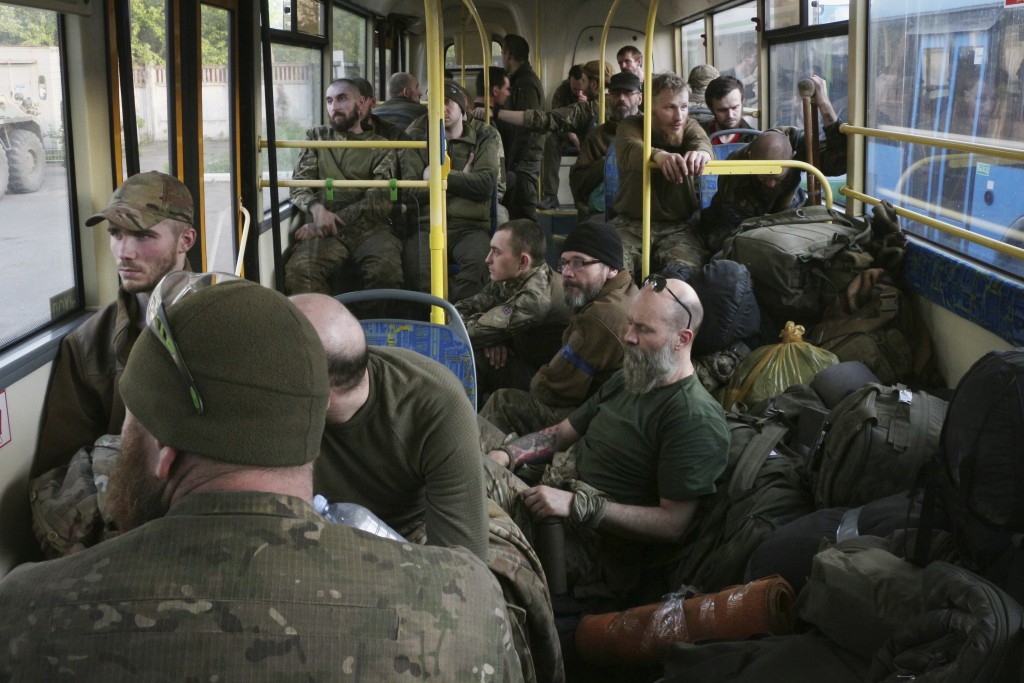 Ukrainian servicemen sit in a bus after they were evacuated from the besieged Mariupol’s Azovstal steel plant, near a prison in Olyonivka, in territory under the government of the Donetsk People’s Republic, eastern Ukraine, Tuesday, May 17, 2022. More than 260 fighters, some severely wounded, were pulled from a steel plant on Monday that is the last redoubt of Ukrainian fighters in the city and transported to two towns controlled by separatists, officials on both sides said. (AP Photo)

Much of it, though, has been reduced to rubble.

Ukraine estimates some 20,000 civilians have been killed in the Russian assault on Mariupol, a city on the Azov Sea that stands between the Russian mainland and the Crimean Peninsula, which Russia seized from Ukraine in 2014.

Hundreds of Ukrainian fighters have left the Azovstal steel plant and turned themselves over to Russian hands.