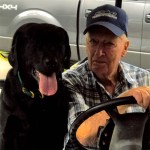 Charles was born July 25, 1934 in Macon, Tennessee, the son of the late Samuel Eugene Taylor and the late Mary Jewel Moody Taylor. He attended Fayette County Public Schools and graduated from Fayette County High School. He was married July 10, 1955 to Sarabeth Kee Taylor.

Charles started working at the Fayette Falcon newspaper in 1952 before entering Memphis State University in the fall where he studied journalism. He continued working at the newspaper and in 1957 he was drafted into the United States Army where he served for two years during the time of the Korean Conflict. In 1959, he returned to Somerville and became part owner of the Fayette Falcon. Under Charles leadership, the Fayette Falcon newspaper was first modernized when it was converted to the offset printing process and later to computers. He began work there in the lowest positions and advanced up to Associate Editor, Managing Editor and went on to serve for many years as Editor and Publisher. He also was a member of the Tennessee Press Association, where he served on numerous committees. During the years he owned the Fayette Falcon newspaper, he was on call around the clock, day or night, to cover news and take pictures. He received a call from a man in Gallaway one Sunday morning wanting him to meet him at the office because they needed poster paper for Sunday School, which he did.

His wife, Sarabeth, worked by his side and in 1975, went to work full time at the Fayette Falcon newspaper. In 1991, they sold the newspaper but continued in business as Taylor Printing & Office Supplies. They both retired in 1998. If you happen to see the throwback photos on Facebook, all of these were taken by Mr. Taylor many years ago. He was a member of the Somerville First United Methodist Church. Charles and Sarabeth served as MYF (Methodist Youth Foundation) counselors in earlier years. He was the head usher for many, many years at the church.

As a child, Charles enjoyed fishing and playing cards with his uncles. He enjoyed sports of all kinds throughout his life. He played basketball in high school, baseball in school and as a young adult, and tennis throughout his life. He had a continuing love for golf for much of his life and enjoyed the friendship with his many golf partners and the competition among them.

Charles always enjoyed nature and enjoyed feeding the birds, squirrels, deer and other wildlife around their home. He and his wife had three canine companions which they enjoyed sharing their home with. His family includes four nephews, Jeff Pounders (Alisa) of Jonesboro, AR, Greg Kee (Millie) of Paris, TX, Andy Kee (Jennifer) of Somerville, TN and Jeremy Kee (Andrea) of Somerville, TN; and many great nieces and great nephews. In addition to his wife and parents, he was preceded in death by his sister, Sandra Shelton.