JACKSON, Tenn. — City and county mayors met in Jackson on Friday for a big announcement: a new position in preparation for the upcoming Blue Oval City. 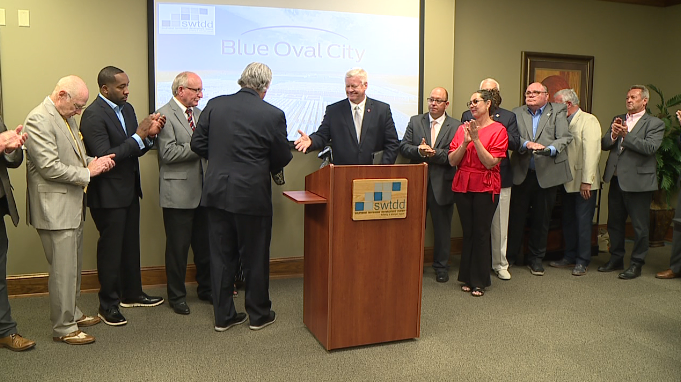 Joe Barker with Southwest Tennessee Development District was chosen to serve as the representative for local government with the Blue Oval City project.

“They wanted somebody that had a background in local government that would be able to go to get the information, give it to them, and then they can send that information out to their citizens, their commissions,” Barker said.

The nearly six square-mile site located in Stanton is expected to create close to 6,000 jobs.

Barker says having a central communication can help counties plan for what they need in the future. 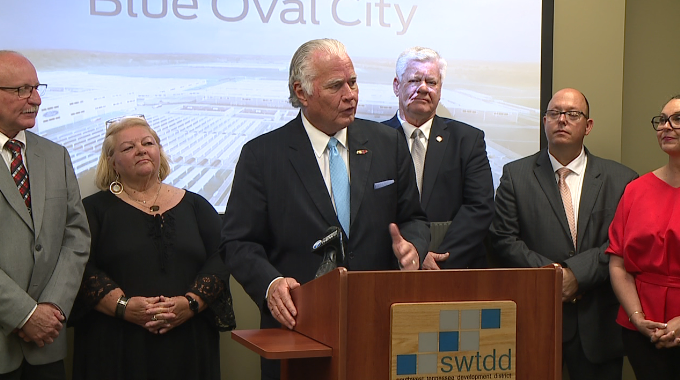 “You can’t get ready for this without the infrastructure,” Barker said. “You need the infrastructure for housing, for retail development, to help these communities go through that check list. What do they need, and are there resources out there to help them accomplish it?”

City of Henderson Mayor Bobby King says while Blue Oval will be great for the region, getting the counties set up to take on the project requires communication.

“Housing is a huge issue right now,” Mayor King said. “Now we are fixing to put a lot of people into West Tennessee, so housing is a big issue. We need that information and Joe will get a lot of that information from the State and send it to us. It will help us make decisions we need to make.” 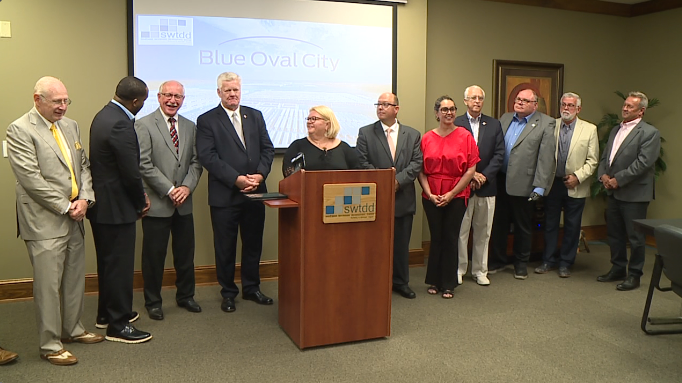 The megasite will be located in Haywood County, but Haywood County Mayor David Livingston says this involves the entire West Tennessee region.

“This is not just a Haywood County project, this is a regional project,” Mayor Livingston said. “It is important that everybody get as much communication as they possibly can.”

“Ford is looking forward to working with Executive Director Joe Barker in his new role as the West Tennessee Mayors’ Local Government Representative to Blue Oval City. The coordinating responsibilities Joe has agreed to take on will ensure that the rural communities of West Tennessee have an important voice in this historic project, and share in the benefits it will bring to the entire region. Blue Oval City will usher in a new era for American manufacturing, and the communities of West Tennessee are critical to  making it happen.”