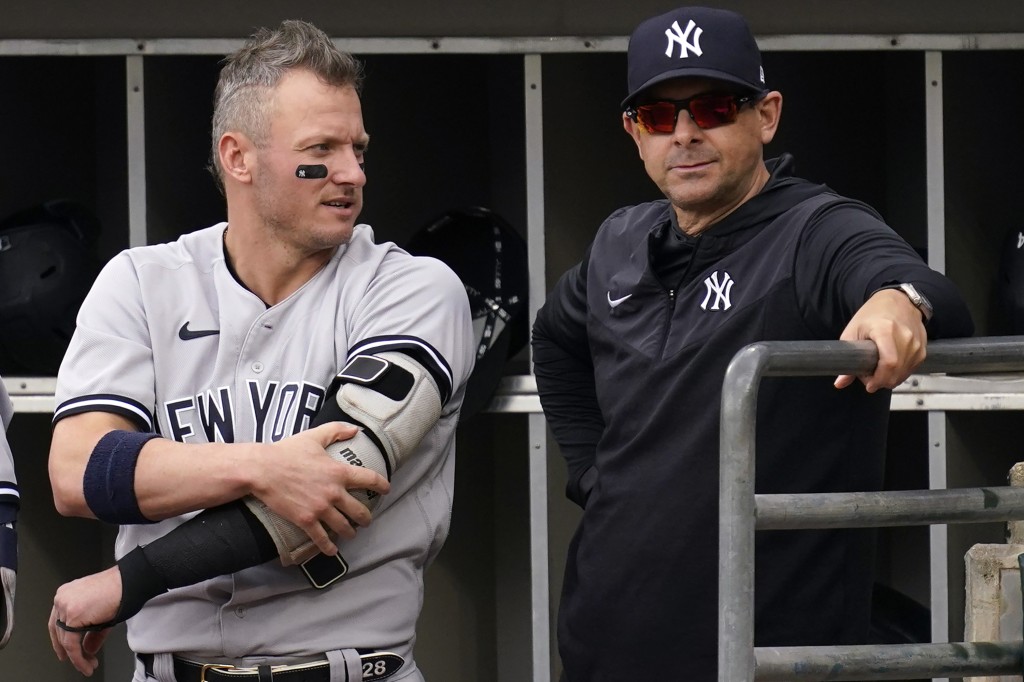 New York Yankees’ Josh Donaldson, left, talks with manager Aaron Boone in the dugout during the first inning of a baseball game against the Chicago White Sox in Chicago, Sunday, May 15, 2022. (AP Photo/Nam Y. Huh)

The punishment was announced Monday by Michael Hill, the senior vice president of on-field operations for MLB.

Donaldson has elected to appeal the penalty.

Shortly before the suspension was announced, the Yankees said Donaldson had been put on the COVID-19 injured list.

AL East-leading New York is slated to open a three-game series against Baltimore, and then head to Tampa Bay for a four-game set beginning on Thursday.