A low pressure system hangs off to our southeast today bringing cloudy skies through at least mid to late afternoon before moving further east and allowing for clearer skies. Breezy again today with another repeat of the cooler temperatures of yesterday. With a northerly flow, we will get even cooler tonight as lows drop to around 54 degrees by early tomorrow morning. 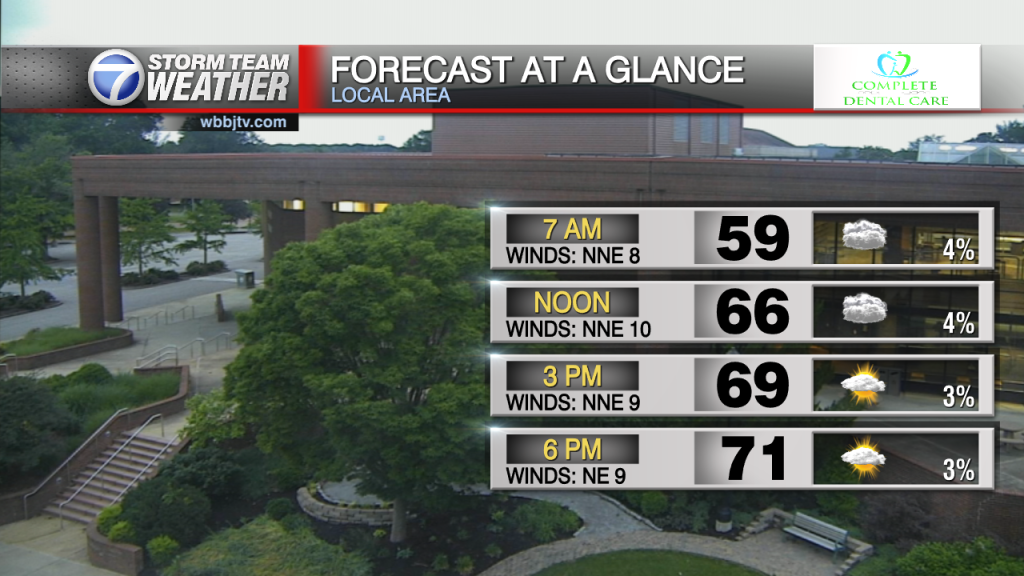 Mostly cloudy skies to start our day and a slight chance of a shower before 11 AM, then, mostly cloudy and cool with highs around 72. Winds will be breezy at times out of the north northeast around 10 to 20 mph. 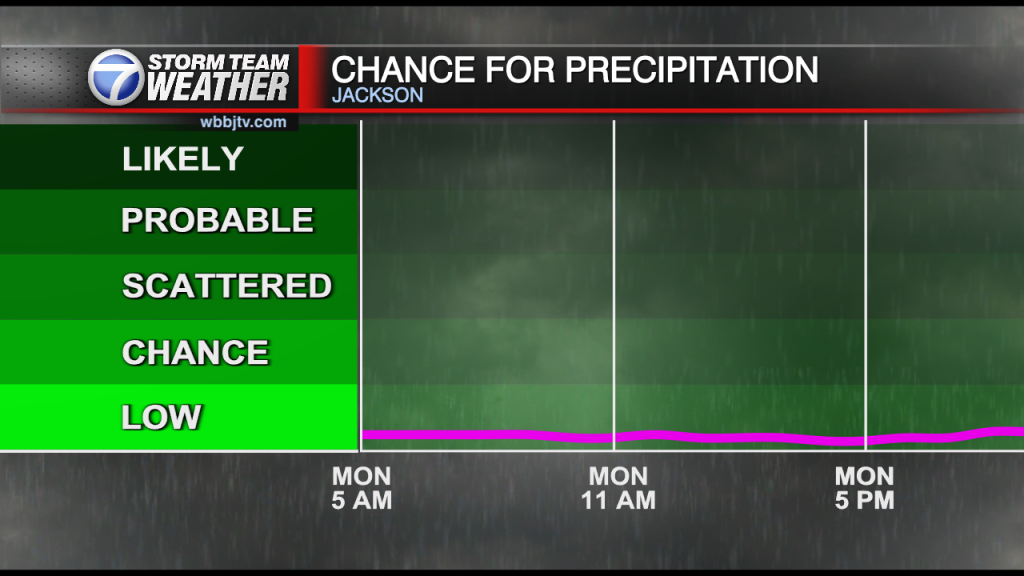 It will feel like a fall like night as mostly clear skies and a light northerly flow allows temperatures to drop into the lower to middle 50’s. Winds will be more out of the east around 5 mph. 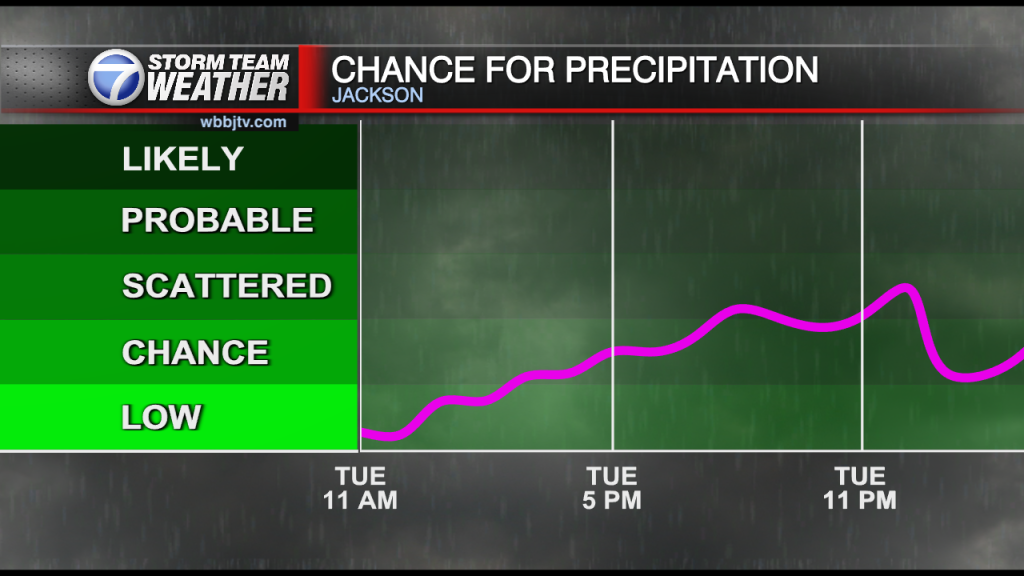 We’ll start off the day with mostly sunny skies and a chill in the air with showers and storms becoming likely by late afternoon and evening. Highs will go will be around 78-81 over the area with east winds of 5 to 10 mph. 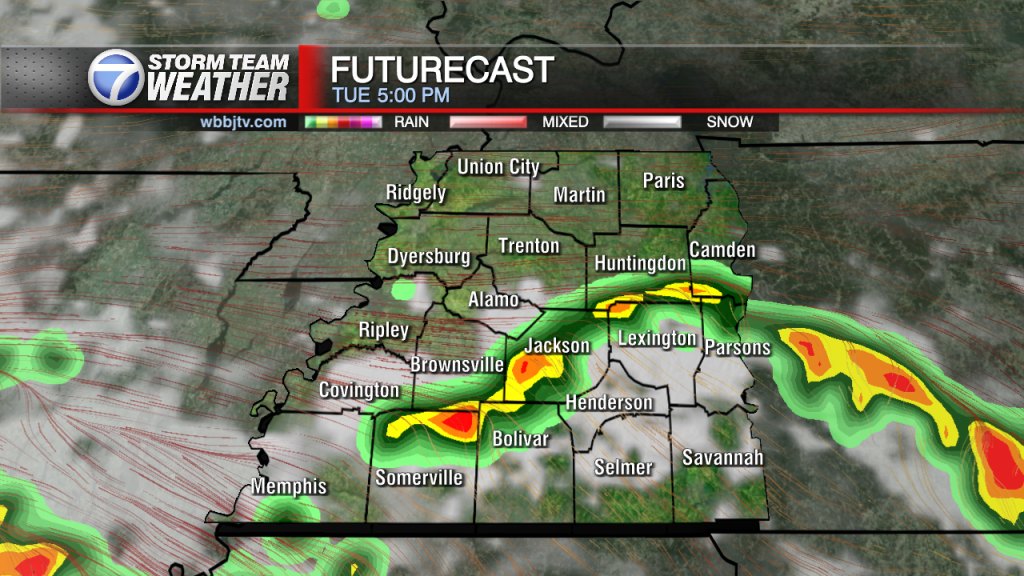 A cooler week begins Monday with highs in the 70’s after this weekend’s passing cold front. Mostly dry conditions are expected with around a 10-15% chance of rain. However, by Tuesday, showers may be returning with the presence of a low pressure system. This will bring scattered showers and isolated storms for a good portion of the week. Clouds will begin to dissipate by Thursday as we begin to warm up as well. Upper 70’s to lower 80’s are expected for the entirety of the week. By Friday, drier weather will be moving in with sunshine as well.

Enjoy the cooler weather the next couple of days as well start to warm back up late week. The rain moves out on Thursday and Friday looks to be a nice day in the mid 70’s to start our weekend. Saturday will start a warming trend in the lower 80’s but sunshine will be the main event. Sunday looks warm and humid as we head close to 90 again.

Enjoy the cooler weather the next couple of days as next week and Memorial Day looks hot. We will wind down May and head into June under a hot and humid weather pattern ahead. 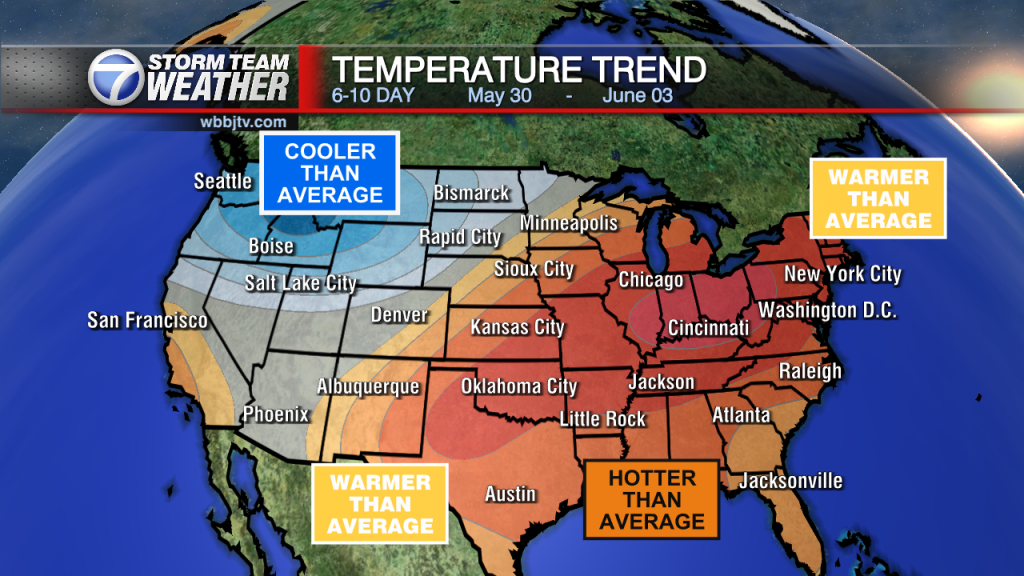