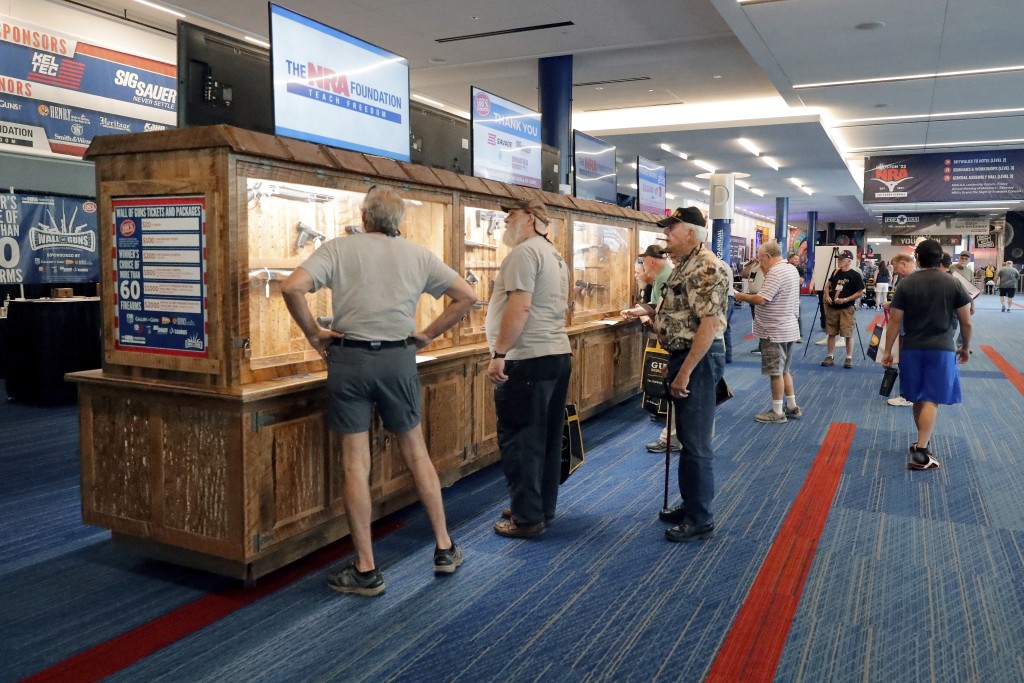 Convention attendees look at various rifles and handguns in display cases that are being raffled off at the Gallery of Guns booth at the NRA Annual Meeting at the George R. Brown Convention Center Thursday, May 26, 2022, in Houston. (AP Photo/Michael Wyke)

Leaders of the powerful gun rights lobbying group are gearing up to “reflect on” and deflect any blame for this week’s deadly shooting of 19 children and two teachers at an elementary school in Uvalde, Texas.

Former President Donald Trump and other leading Republicans are scheduled to address the three-day gun industry marketing and advocacy event, which begins Friday and is expected to draw protesters.

Some scheduled speakers and performers have backed out, including two Texas lawmakers and “American Pie” singer Don McLean, who says “it would be disrespectful” to go ahead with his act.