Coal ash workers dying as lawsuit over illnesses drags on

NASHVILLE, Tenn. (AP) — Workers who cleaned up the 2008 Kingston, Tennessee, coal ash spill spent years working in conditions that they believe made them sick. 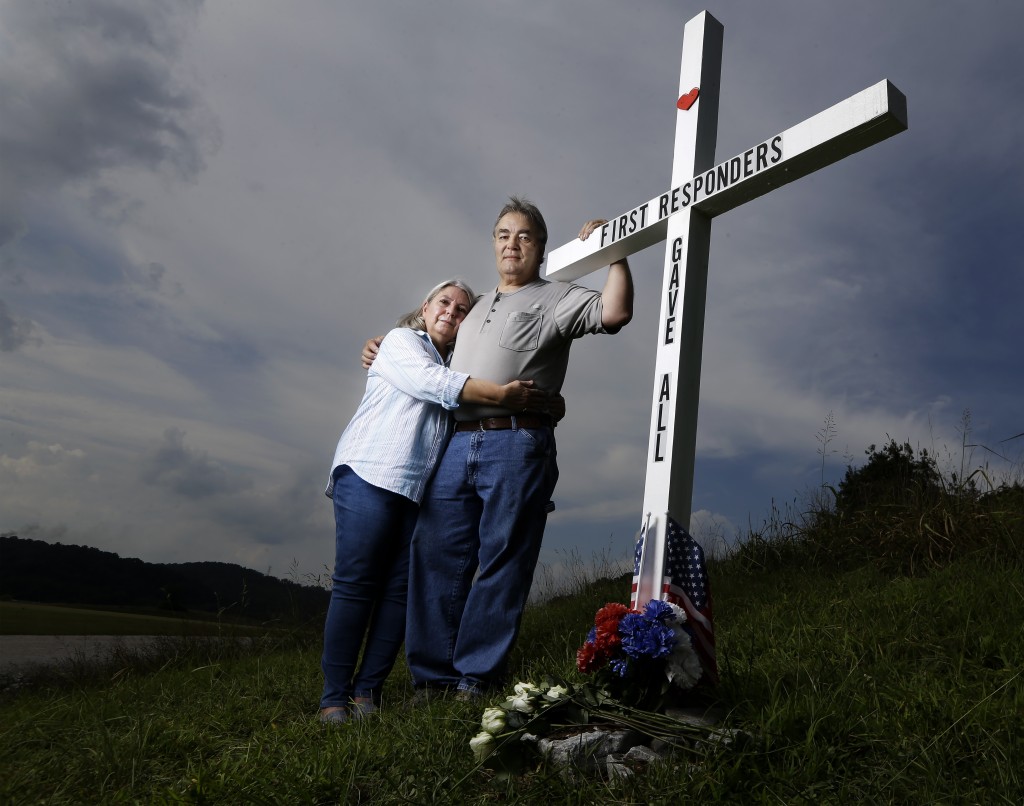 FILE – In this Aug. 6, 2019, photo, Ansol and Janie Clark pose at a memorial Ansol Clark constructed near the Kingston Fossil Plant in Kingston, Tenn. The Tennessee Valley Authority was responsible for a massive coal ash spill at the plant in 2008 that covered a community and fouled rivers. The couple says the memorial is for the workers who have come down with illnesses, some fatal, including cancers of the lung, brain, blood and skin and chronic obstructive pulmonary disease. Ansol Clark who drove a fuel truck for four years at the cleanup site, and suffered from a rare blood cancer, has also died now. (AP Photo/Mark Humphrey, File)

The first worker lawsuits were filed against cleanup contractor Jacobs Engineering in 2013.

But nearly a decade later, not a single case has made it through the court system.

As the cases drag on, dozens who believed their work for the contractor made them sick have died.

The company’s latest challenge is a request to dismiss most of the plaintiffs for failing to follow a procedure outlined in the Tennessee Silica Claims Priorities Act.

The Tennessee Supreme Court is scheduled to hear oral arguments on Wednesday.