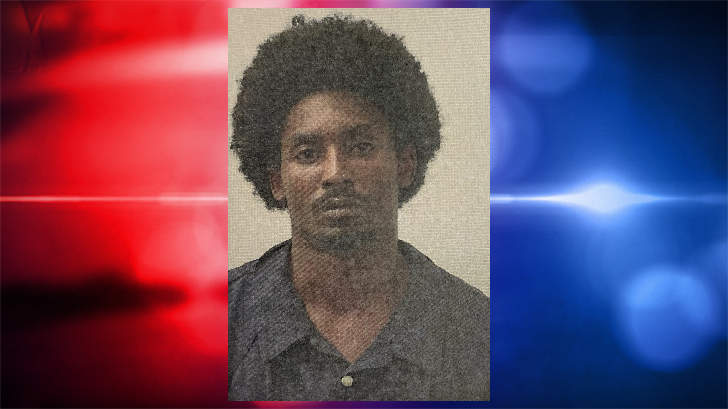 According to court documents, around 4:15 p.m. on Thursday, May 26, the Jackson Police Department responded to the 1300 block of North Royal Street after receiving a ShotSpotter alert of three rounds being fired in the area.

While responding, documents show that an officer was flagged down by an individual who claimed he had been shot at by someone driving a gold Saturn, which was still in the area.

According to a report, the officer activated his blue lights and sirens and began pursuing the vehicle, which refused to stop. The officer stated during the pursuit, the Saturn reached speeds exceeding 65-70 miles per hour in a 30 miles per hour zone, failed to stop at a red light, and almost collided with multiple vehicles.

The pursuit ended at a dead end on Richmond Street, where officers determined Hinton was the driver. According to court documents, a minor was also in the front passenger seat of the car.

A report states that officers discovered an AR-15 rifle and multiple shell casings inside the vehicle. Both were taken into custody pending an investigation.

After speaking with the victim, investigators determined Hinton was the ex-boyfriend of the victim’s girlfriend. She and the victim stated they were leaving Royal Arms Apartments in separate cars when Hinton began following them and firing shots.

Hinton is charged with evading arrest and attempted first degree murder, and is currently in custody at the Madison County jail.