Texas man faces drug trafficking charges after stop on I-40 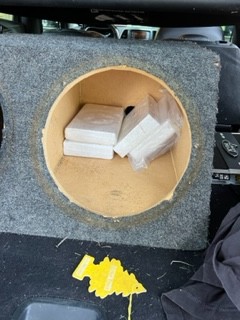 The news release says 26-year–old Isael Martinez Cabrera, of Dallas, was stopped for a traffic violation just after noon on Interstate 40 at the Fayette and Shelby County line.

During the stop, the release says agents searched the vehicle due to a “reasonable suspicion” that he was involved in criminal activity.

The release says that over eight pounds of cocaine was found in a speaker box in the back of vehicle, and valued around $500,000.

“We are seeing record seizure amounts of drugs in 2022,” said Johnie Carter, Director of the West Tennessee Drug Task Force. “We
surpassed 2021 seizures in just the first 45 days of this year, and we are steadily climbing.”

Carter says the cocaine is believed to have been heading for Brentwood in Middle Tennessee, near Nashville.