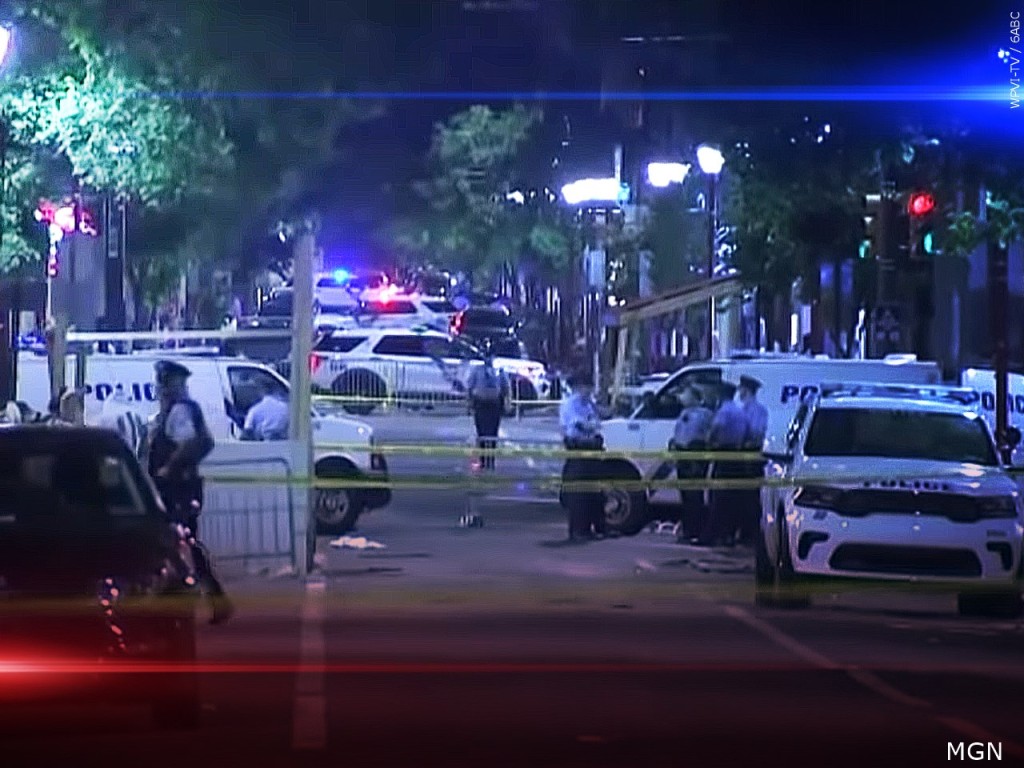 Officers patrolling the South Street area heard multiple shots and found several people with gunshot wounds lying on the sidewalk and in the street.

One officer saw someone shooting into a crowd and fired, and police believe that man was struck before he dropped his gun and fled.

Two of them and many other other shooting victims, who ranged from 17 to 69, are believed to have been innocent bystanders.