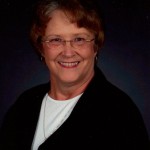 Susan Orris Palmer, age 69 of Puryear, TN passed away Tuesday, June 7, 2022 at Henry County Medical Center. Her body is to be cremated and her memorial service will be Saturday, June 11, 2022 at 2:00 PM at McEvoy Funeral Home with her nephew, Dr. Rich Shadden officiating. Visitation with the family will be after 12:00 PM Saturday, before the service. Burial of Susan’s cremated remains will take place later in Maplewood Cemetery.

Susan Orris Palmer was born March 16, 1953 in Paris, TN to the late Henry Calvin “Cal” Orris and the late Maxine Etheridge Orris. On August 1, 1998 she married William I. “Bill” Palmer and he survives in Puryear, TN.

Susan was a longtime active member of First United Methodist Church in Paris. She worked and retired from the State of Tennessee as a Career Specialist. She loved Bill, her girls, and her grand kids. She also loved all kinds of arts & crafts.