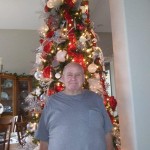 Claude was born October 12, 1956 in Somerville, the son of the late Claude Benhampton Spencer, Sr. and Pattie Louise White Spencer. He received his education in the Fayette County School System and had been a resident of the Macon Community for much of his life. Claude worked as a farmhand for Sullivan Farms his entire adult life. He was known in the community for being a jokester and many people joked that he was the “Mayor of Macon”. You could find Claude at Teague Store gas station or the Town of Somerville Public Works during his lunch time just visiting most of the time.

In addition to his parents, he was preceded in death by his brother-in-law, Johnny Perkins and his sister-in-law, Kay Anthony Spencer.