NASHVILLE, Tenn. (AP) — After Tennessee Gov. Bill Lee halted a lethal injection in April because he learned the drugs hadn’t been tested as required, he ordered an independent investigation and paused all executions through the end of the year. 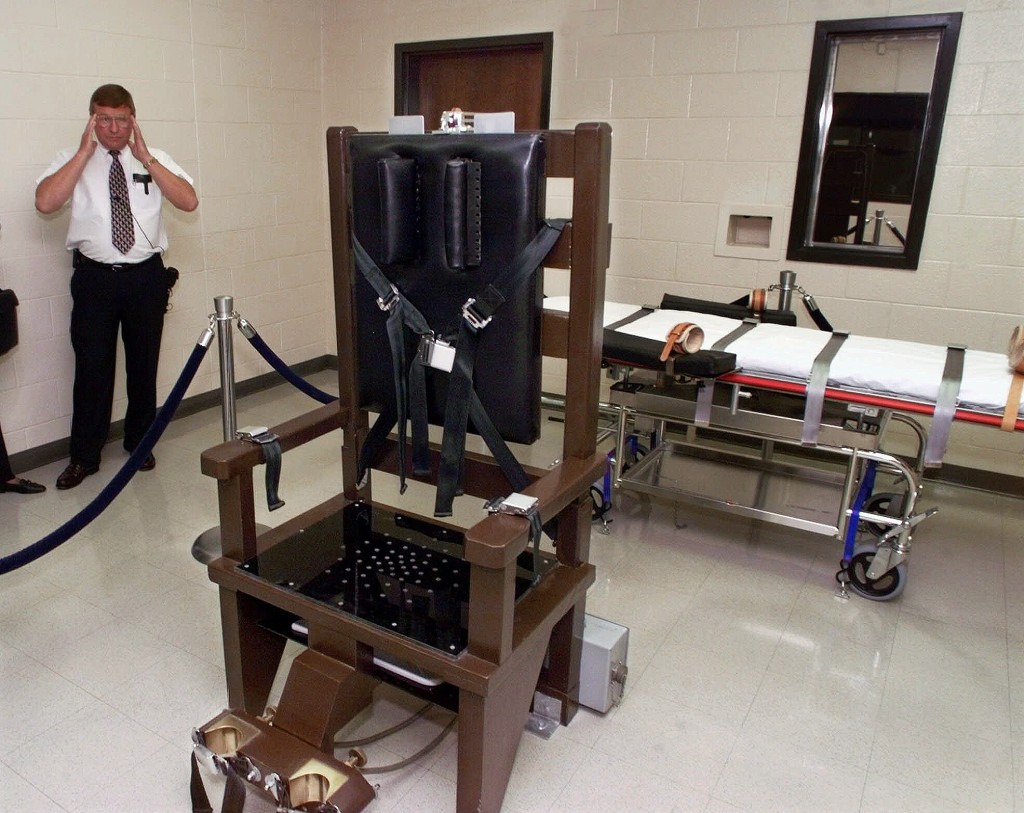 FILE – In this Oct. 13, 1999, file photo, Ricky Bell, then the warden at Riverbend Maximum Security Institution in Nashville, Tenn., gives a tour of the prison’s execution chamber. Tennessee Gov. Bill Lee has ordered an independent investigation of the state’s lethal injections in early May, 2022, and paused all executions through the end of the year. (AP Photo/Mark Humphrey, File)

Now, it’s clear that Tennessee’s problems in following its own lethal injection protocol are more extensive and complicated than state officials have acknowledged — and sorting through them may take longer, possibly years, before an execution that passes constitutional muster can take place.

Many of the problems surfaced as part of challenges of Tennessee’s execution process by two death row inmates in federal court. Filings show that since resuming executions in 2018, Tennessee has struggled to follow its own lethal injection rules at nearly every step — from the compounding of the drugs to testing, storing and administering them.

Those cases are on hold until the investigation ordered by Lee concludes — but in the meantime, the state attorney general’s office acknowledged in a May 6 court filing that there may be “factual inaccuracies or misstatements” in its previous filings and that corrections will be made “once the truth has been ascertained.”

Robert Dunham, executive director of the Washington-based nonprofit Death Penalty Information Center, said the records show problems have existed at “virtually every step of the protocol,” and he attributed the issues to “a combination of hubris and incompetence.”

“The large number of problems and depths of problems Tennessee had with complying with its protocol raise significant questions about the state’s competency to carry out the death penalty,” Dunham said.

The governor and attorney general’s office have not predicted when executions could resume. Dunham said he believes it’s very likely to extend past 2022, and could be a yearslong hiatus.

Pausing those legal challenges came with a guarantee from the state that officials wouldn’t seek to execute the two inmates who sued until the investigation is finished, any needed changes are made to the state’s protocol, the lawsuits are updated to reflect the changes, and the cases are given time to be decided by a federal district judge and then a circuit appeals panel.

Other inmates’ cases may be impacted because the state expects to overhaul its lethal injection protocol, according to Kelley Henry of the federal public defender’s office.

Depositions and other filings show multiple parties contributed to the state’s problems, from the out-of-state pharmacy supplying the drugs to the state’s execution team. Their issues include missed or fumbled steps to test, store and prepare the chemicals and a dearth of proper training on executions.

Two inmates have died by lethal injection since 2018. Attorneys for death row inmates have argued in vain that the deadly drugs prolong pain and suffering, saying the sedative, midazolam, doesn’t render someone unable to feel pain and the paralyzing drug, vecuronium bromide, then masks their agony, violating constitutional protections against cruel and unusual punishment. Because of that contention, the other five inmates put death since 2018 have decided to die in the electric chair rather than take the injections.

Lawyers for the two current death row inmates say in federal court filings that the three drugs used in Donnie Johnson’s lethal injection on May 16, 2019 were expired — midazolam, expired by two weeks, the other two, prepared almost two hours in advance, when protocol requires using them within one hour.

Those two drugs were also prepared about two hours in advance in the August 2018 execution of Billy Ray Irick, making them expired then as well. The filings also say that the pharmacy didn’t test every drug for endotoxins — testing that could be an indication of problems with the manufacture of the drugs.

Text messages provided in response to an Associated Press public records request show two people involved in preparing for the scheduled April execution of Oscar Smith knew the night before that there was no endotoxin test this time around, either. A halt to the execution wasn’t announced until about an hour beforehand.

Other problems raised in court filings by the inmates’ attorneys include the pharmacist not personally compounding the drugs; and the executioner wiping down sterile needles with alcohol, using incorrect syringe sizes and failing to visually inspect the prepared syringes to ensure the chemicals are fully dissolved and safe to use.

Other shortcomings include storing the chemicals at incorrect temperatures, holding on to expired doses, and providing inadequate training that entailed being read the protocol and practicing the procedure at sessions the execution team blithely called “band practice.”

The governor has largely declined to discuss specifics revealed in court records, citing the ongoing probe.

Edward Stanton, the former U.S. attorney investigating the execution breakdowns, and members of his team will receive up to $425 an hour for their services.