NEW YORK (AP) — Revlon, a cosmetics maker that broke racial barriers and dictated beauty trends for much of the last century, has filed for Chapter 11 bankruptcy protection.

The company has been a mainstay on store shelves since its founding 90 years ago in New York City, overseeing a stable of household names, from Almay to Elizabeth Arden. 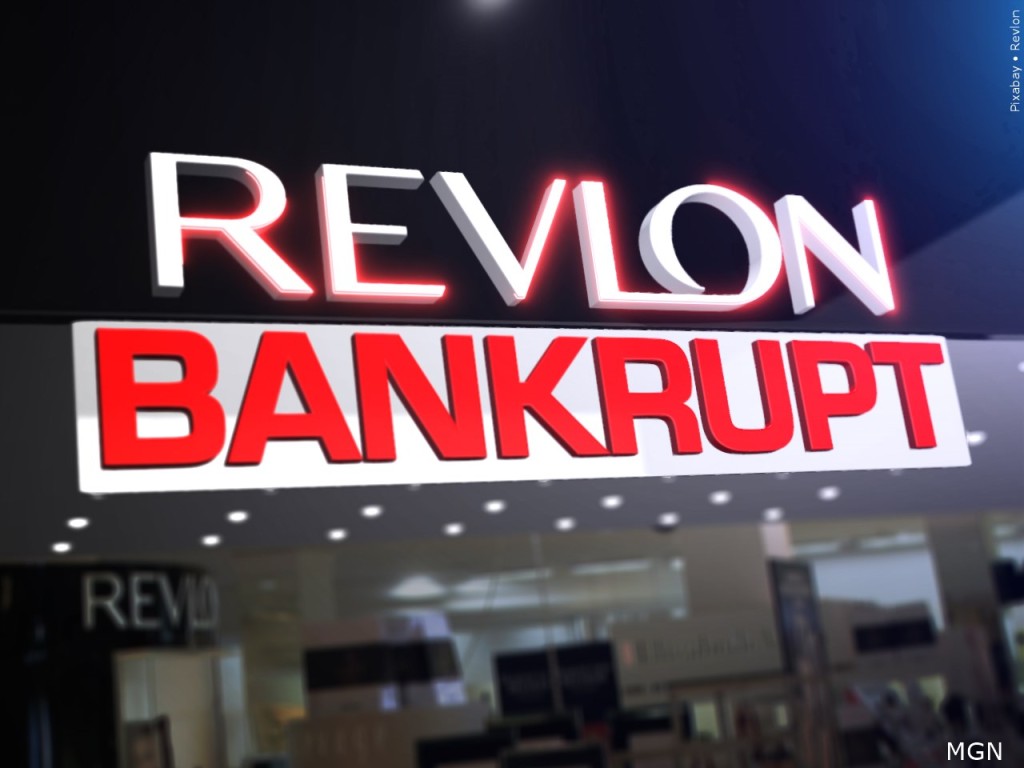 But Revlon failed to keep pace with changing tastes, slow to follow women as they traded flashy red lipstick for more muted tones in the 1990s.

In addition to losing market share to big rivals like Procter & Gamble, newcomer cosmetic lines from Kylie Jenner and other celebrities successfully capitalized on the massive social media following of the famous faces that fronted the products.

Already weighed down by rising debt, Revlon’s problems only intensified with the pandemic as lipstick gave way to a new era in fashion, this one featuring medical-grade masks.

Sales dropped 21% in 2020, the first year of the pandemic, though they rebounded 9.2% in the company’s most recent reporting year with vaccines widespread. In the latest quarter that ended in March, Revlon’s sales rose nearly 8%, but still lag pre-pandemic levels in excess of $2.4 billion a year.
The global supply chain disruptions that are hobbling hundreds of international companies in recent months were too much for Revlon, which barely escaped bankruptcy in late 2020 by persuading bondholders to extend its maturing debt.

There may be more corporate restructurings in the consumer products sector ahead with the threat of a recession and the rising costs of borrowing money.
Revlon said Thursday that upon court approval, it expects to receive $575 million in financing from its existing lenders, which will allow it to keep its day-to-day operations running.

“Today’s filing will allow Revlon to offer our consumers the iconic products we have delivered for decades, while providing a clearer path for our future growth,” said Debra Perelman, who was named Revlon president and CEO in 2018.
Her father, billionaire Ron Perelman, backs the company through MacAndrews & Forbes, which acquired the business through a hostile takeover in 1985. Revlon went public in 1996.

Perelman said that demand for its products remains strong, but its “challenging capital structure” offered limited ability to navigate.
During its heyday in the 20th century, Revlon trailed only Avon in sales. It now holds the 22nd spot among cosmetics makers, according to a recent ranking by fashion trade journal WWD.

Revlon became the first beauty company to feature a Black model in 1970, Naomi Sims. In the 1980s, the company energized the cosmetics industry by putting both famous and yet-to-be-discovered models like Iman, Claudia Schiffer, Cindy Crawford and Christy Turlington front and center, promising to make all women “unforgettable.”

Perelman, in an interview with The Associated Press last year before global supply chains locked up, said she was optimistic about the future. The company doubled-down during the pandemic to get more online with services like one-on-one virtual consultations through its Elizabeth Arden line, she said.

Perelman also said that the company was learning from celebrity launches to be more nimble and that Revlon had regained market share.

None of Revlon’s international operating subsidiaries are included in the proceedings, except for Canada and the United Kingdom. The filing was made in the U.S. Bankruptcy Court for the Southern District of New York.

The company listed assets and liabilities between $1 billion and $10 billion, according to its bankruptcy filing.