NASHVILLE, Tenn. (AP) — The chairman of the Nashville Predators has agreed to sell the majority of his stake in the NHL team to former Tennessee Gov. Bill Haslam. 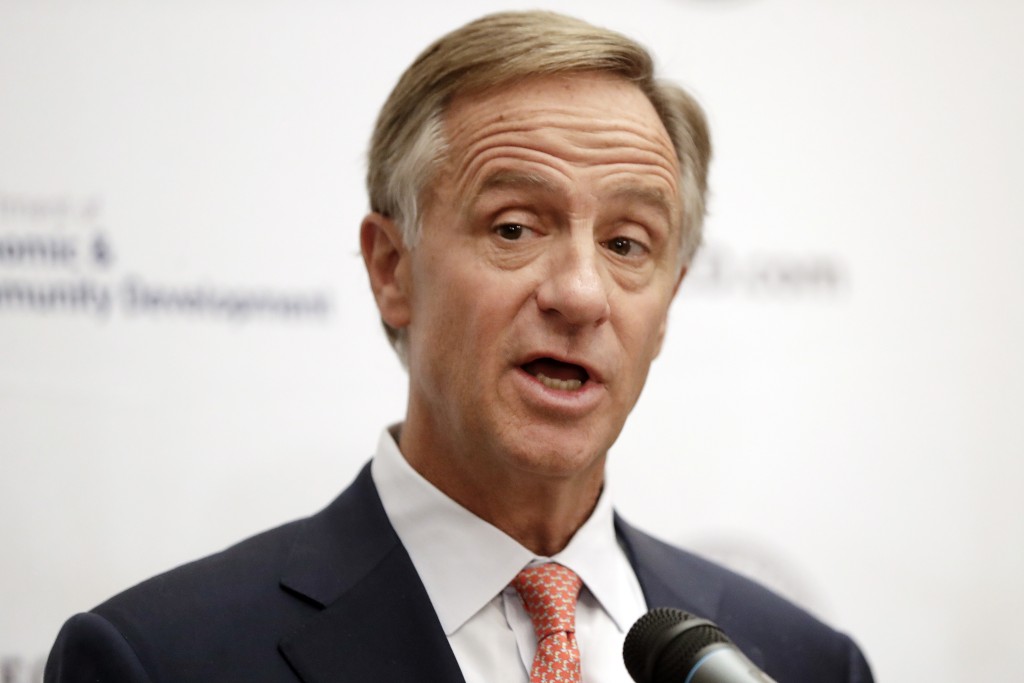 FILE – Tennessee Gov. Bill Haslam speaks during a press conference in Nashville, Tenn., on Nov. 13, 2018. The former Tennessee governor is buying out the majority owner’s shares in the Nashville Predators NHL hockey club, in what the team calls a “multi-phased purchase transaction” over the next few yearsm that will make him the team’s majority owner. (AP Photo/Mark Humphrey, File)

The Predators announced the agreement Friday. No details of the purchase price were disclosed for a franchise valued recently at $680 million by Sportico.

Haslam, whose brother Jimmy owns the NFL’s Cleveland Browns and the MLS’ Columbus Crew, will buy majority of Nashville chairman Herb Fritch’s share in what the Predators described as a “multi-phased purchase transaction” that will make Haslam the team’s majority owner.

“From the time our ownership group, made up of day one season ticket holders, gathered together in 2007 to purchase and guarantee the franchise’s future in Nashville, the goal has been to ensure that stewardship of the team is in strong local hands,” said Sean Henry, president and chief executive officer of the Predators and Bridgestone Arena.

Henry said adding Haslam to the ownership group solidifies local stewardship of the team for years to come. Forbes estimated Haslam is worth approximately $2.3 billion.

“We are excited and appreciative that he has agreed to join the ownership team,” Henry said.

The final paperwork is being drawn up. The sale still must be approved by rest of the Predators’ organization, which includes 16 co-owners, and also the NHL. First elected as Tennessee’s governor in 2010, Haslam will become a minority owner within the next few months and gradually become the majority owner over “the next few years, according to the team’s statement.

Fritch took over as chairman of the Predators in January 2019. He has been a member of the Predators Holdings LLC that bought the team and the management group that runs the arena in December 2007 from original owner Craig Leipold, who bought the Minnesota Wild a year later.

The local ownership group kept the franchise in Nashville after Leipold tried to sell the team to Jim Balsillie in May 2007. That sale fell through when Balsillie, the co-CEO of Blackberry makers Research in Motion Ltd., started taking season-ticket deposits in Hamilton, Ontario, after telling NHL commissioner Gary Bettman he didn’t intend to move the team.