Title IX: Strides for women of color in sports lag under law

Once Tina Sloan Green took over the lacrosse program at Temple University in the years after the passage of Title IX, the landmark gender-equity law, she never stopped thinking about the girls who weren’t playing. 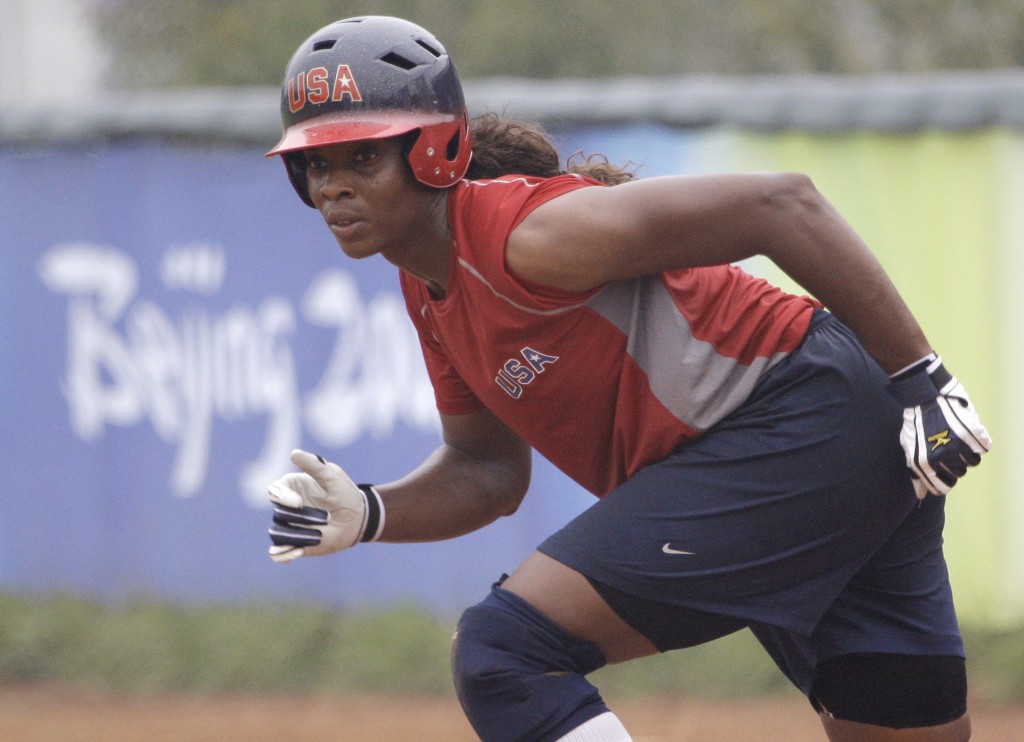 FILE – U.S. softball player Natasha Watley runs during practice Sunday, Aug. 10, 2008, at the Beijing 2008 Olympics in Beijing. Watley, a Black woman and two-time Olympic medalist in softball, started playing when she was 5. She did not have a Black teammate until she was a teenager and said there were so few girls of color who played with her and went on to college teams that she could count them on one hand. (AP Photo/Elaine Thompson, File)

At practices during the 1970s, Sloan Green, the first Black woman to coach a college lacrosse team, noticed neighborhood kids peering through the fences at her players as guards kept them out. And when high school athletes were welcomed on the university’s fields for training camps, most were white and from predominantly white suburban schools.

“That was very, very disturbing to me to see that,” she said. “And that was — that was the reality that I had to face … Title IX was a complete help for women in sports but in my mind, there were still disparities.”

For girls of color, some women’s college sports, such as lacrosse, equestrian, rowing or even softball, are ones they are unlikely to be exposed to in grade school. The reasons vary, though availability and costs can be major challenges for youth programs.

Thursday is the 50th anniversary of Title IX and in the years since the landmark law was passed, profound strides have been made in women and girls’ participation in sports. Women now make up 44% of all NCAA athletes, compared to just 15% in 1971, according to the Women’s Sports Foundation. Nearly 3.5 million high school girls play sports, compared to less than 300,000 in 1972.

For Black women and other women of color in sports, those gains have not been equally shared, reflecting the limitations of a policy that only addresses equity on the basis of sex and gender.

“We say very often that sport is a microcosm of society,” said Karen Issokson-Silver, vice president of research and education at the Women’s Sports Foundation. “Whenever systemic racism occurs in the broader society, in addition to gender discrimination, it’s reflected in the sport ecosystem.”

An early barrier to pursuing athletic opportunities in college and beyond is as simple as exposure to the sport.

Natasha Watley, a Black woman who is a two-time Olympic medalist in softball, started playing when she was 5. She did not have a Black teammate until she was a teenager and said there were so few girls of color who played with her and went on to college teams that she could count them on one hand.

After the UCLA graduate returned from the 2008 Olympics, Watley recalled speaking to young girls about her experience.

“This one young girl I’ll never forget — a young little African American girl, she raises her hand and she’s like, ‘Ms. Natasha, your story sounds amazing, but what is softball?’” Watley said. “She had no idea what softball was.”

According to the U.S. Census Bureau, median household income in 2020 for white, non-Hispanic families was $74,912 compared to $55,321 for Hispanic families and $45,870 for Black families. Factors like income contribute to a racial clustering phenomenon where women of color are overrepresented in sports like track and field that have a lower entry cost, said Courtney L. Flowers, associate professor of sport management at Texas Southern University.

“Even middle class families aren’t sending their kids to schools that have access to an equestrian team,” she said. “We typically are pushing African American women to women’s basketball and track and field because of those reasons.”

Candice Storey Lee, the first Black woman to be athletic director at Vanderbilt University, said that a single policy like Title IX, without subsequent action, could not be expected to bring equity to the field.

“We know a law alone does not change behavior,” she said. “You have to have people who are committed at every level to get the outcome you want. And so I wouldn’t blame Title IX for that, but I would say we still have work to do in our own communities to ensure that there is access for everyone.”

Those disparities in leadership and college athletic opportunities begin early in life, said Neena Chaudhry, general counsel and senior advisor for education at the National Women’s Law Center. A study published by the center found that 40% of the country’s public high schools are highly segregated, serving either 90% students of color or 90% white students.

Research shows that in addition to physical health, girls who play sports are more likely to have higher levels of self-esteem, stronger collaborative skills, and greater academic achievement. But disparate access to athletics, through both community centers and the rising cost of youth sports, makes schools a key place to engage young girls of color in athletics, Chaudhry said.

Sloan Green, who in 1992 co-founded the Black Women in Sport Foundation, said that expanding access to young girls of color, especially between pre-kindergarten and eighth grade, is crucial. At Temple, she expanded her camps and recruiting to communities that had been overlooked, including the children in the neighborhood. Having role models that reflect girls of color and widely sharing their successes is also critical to getting girls onto the playing field, Sloan Green said.

In Southern California, Watley started the Natasha Watley Foundation to introduce girls in marginalized communities to softball, which serves about 1,000 girls each year. Beyond the cost, the main concern she hears from parents is that they aren’t sure the sport would welcome their daughters. Watley said she wanted young girls to know that the sport could be a place for them to thrive, in college and beyond.

“More than anything, I wanted to make sure that girls were getting introduced to the game, that they understood that the game was for them, that it was a place for them,” she said. “There are opportunities far beyond their imagination that this game can take them.”