CHARLESTON, W.Va. (AP) — Medical examiners in West Virginia have released the names of six people killed in the crash of a Vietnam-era helicopter that gave tour rides.

The aircraft crashed Wednesday during its last planned flight at an annual reunion for helicopter enthusiasts in Logan County. All six people aboard were killed. 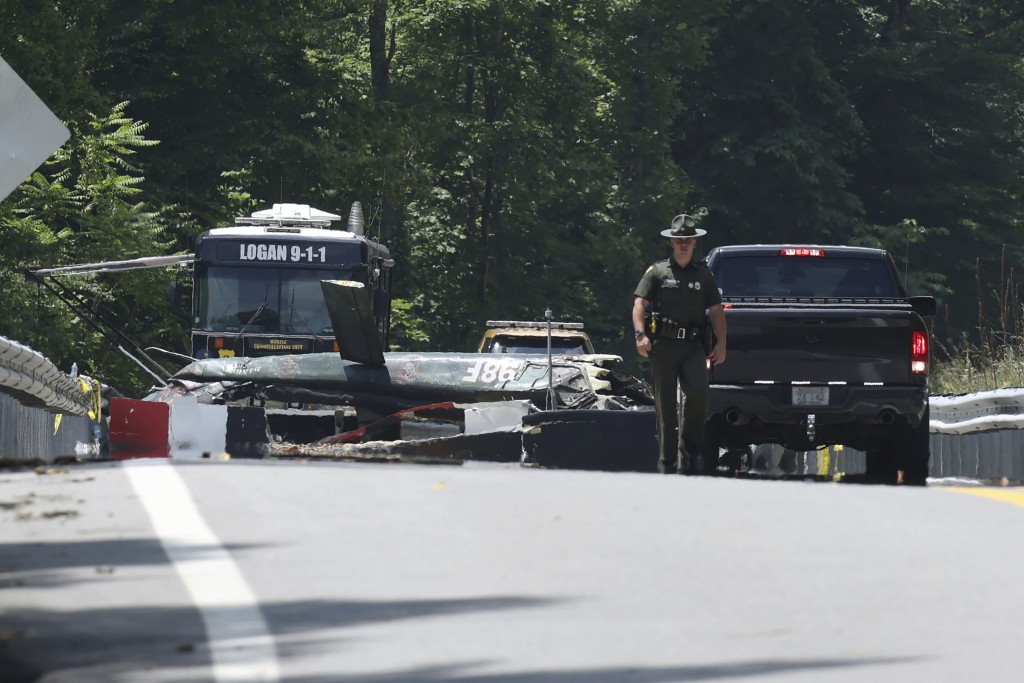 Emergency personnel look over the sight of a helicopter that crashed in Blair, W.Va., on Thursday, June, 23, 2022. A Vietnam-era helicopter was used for tourism flights and crashed along Route 17 in Logan County about 5 p.m. Wednesday. County emergency ambulance service executive Ray Bryant says all six on board were killed.(AP Photo/Chris Jackson)

The state’s chief medical examiner released the names of the victims on Saturday. They are: John Nagle, 53, of Austin, Texas; Donald Sandhoff, 69, of Durham, North Carolina; Kevin Warren, 51, of Franklin, Tennessee; Carolyn O’Connor, 73, of Winter Garden, Florida; and Marvin Bledsoe, 64, and Jack Collins, 65, both of Chapmanville, West Virginia.

Rides on the Vietnam-era Bell UH-1B “Huey” helicopter were offered by the organizer of the reunion, MARPAT Aviation, according to the National Transportation Safety Board.

The flight crashed about 3.7 miles (6 kilometers) northeast of the Logan County Airport. Much of the wreckage was consumed in a fire that followed the crash, the agency said.

During the reunion event, visitors could sign up to ride or fly the historic helicopter, described by organizers as one of the last of its kind still flying.
The helicopter was flown by the 114th Assault Helicopter Company, “The Knights of the Sky,” in Vinh Long, Vietnam, throughout much of the 1960s, according to MARPAT. After the Huey returned to the U.S., it was featured in movies like “Die Hard, “The Rock” and “Under Siege: Dark Territory.”