JACKSON, Tenn. — The law enforcement community came together to honor a fallen deputy. 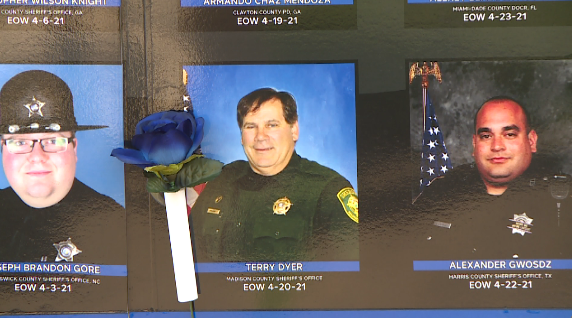 In April of 2021, Madison County Sheriff’s Office Deputy Terry Dyer died in the line of duty after collapsing in a Madison County General Sessions courtroom.

Dyer had a 35 year law enforcement career, serving at the Lexington and Jackson Police Departments before joining the sheriff’s office in 2017. Monday morning, Dyer’s sacrifice was honored.

Beyond the Call of Duty is an organization ensuring that no officer is forgotten and that there is recognition, support, and understanding to help survivors heal.

Six motorcycles escorted a 40-foot memorial to the Madison County Sheriff’s Office, representing all who died in the line of duty across the U.S. in 2021. 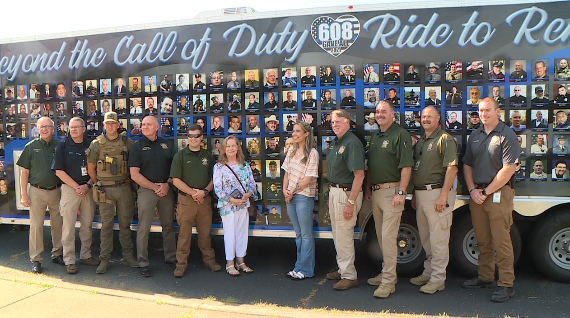 This year they are honoring 608 men and women on the memorial and covering a little over 23,000 miles in 80 days.

“We share their love, and their knowledge, and who they were, and the department’s knowledge to everybody that will listen to us and realize that these beautiful people have a story to tell,” Shah said.

“We wouldn’t have our freedom,” said Madison County Sheriff John Mehr. “When you put the uniform on, you don’t know if you’re going home that afternoon.” 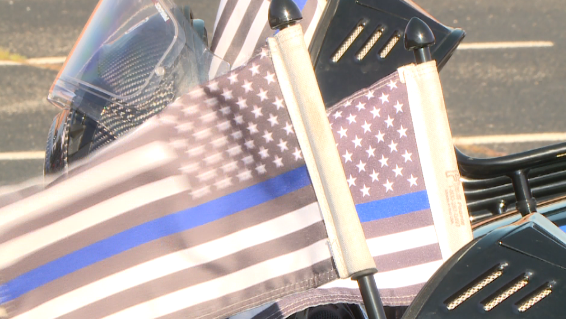 Mehr says in his training officer position, Dyer not only taught the job well, but taught important lessons such as how to care and treat one another.

“We need more Terry Dyers and Terry went on to his reward. You know, Madison County, Jackson, everybody across the country lost a valuable person,” Mehr said.