JACKSON, Tenn. — The Jackson City Council met and passed a motion on the consideration of salary compensation. 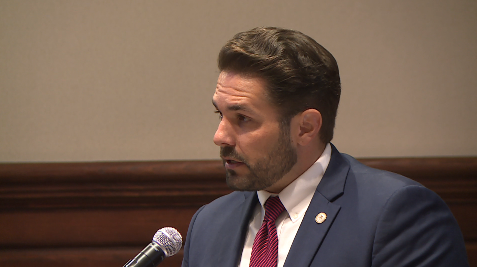 Jackson Mayor Scott Conger says the city recommended basing their salaries on the market analysis on 12 other municipalities and counties. The city is seeking a process to get to the market rate, which is between five and seven years of experience.

“Now we have a progression plan beyond 18 months that allows performance reviews, it allows for that and so it gives a plan for employees something to look forward to, something to work toward,” said Mayor Conger.

Currently, the overall average of city employment salaries are 7% below the job market rates.

The study categorized the jobs and created a much more detailed process as the city hires and pays their employees. The study suggests a 3% general increase for all eligible employees, and adjusts salaries to steps. The money used to pay these salaries was allocated in the city’s budget they passed last month.

“This was strictly rezoning,” Conger said. “This was not a subdivision plat design. This was not laying out how the subdivision is going to be designed and how it was going to be laid out. It wasn’t approved for that, it was just approval. Just for RS to RS1, just reducing the lot sizes.”

However, many homeowners near the subdivision are concerned with there only being on entrance. A second entrance into the subdivision on Old Humboldt Road has not been agreed upon because of a blue line stream.

Councilwoman Marda Wallace says she envisions a compromise where the developers and home owners can both be happy and make compromises.

“What they are proposing to do is going into North Pointe and driving through the subdivision around through comps around through the subdivision, then into this area,” Wallace said. “Wouldn’t it be more advantageous to these home owners, to all of the people in this neighborhood, when you think about a fire or ambulance coming in from this neighborhood down here and winding around and winding around. I wouldn’t want to be the home here.”

The residents who have concerns will still be able to make their voices heard.

Also, Councilwoman Marda Wallace was elected Vice Mayor. She says she is up for the challenge and is looking forward to the coming year.

“I really want to keep us on target with our stormwater,” Wallace said. “I think that is so important for our city. We have so many people that have sinkholes, our roads, if we don’t take care of our infrastructure, we can talk about Blue Oval City all we want, but until we take care of the means to get people to where they’re working, that’s what our main concern should be.”

During the meeting, Mayor Conger also proclaimed July 5 as “Meghan Roeder Day” in honor of the gold-winning Special Olympics athlete.