Jackson Street bridge to close this week for repairs 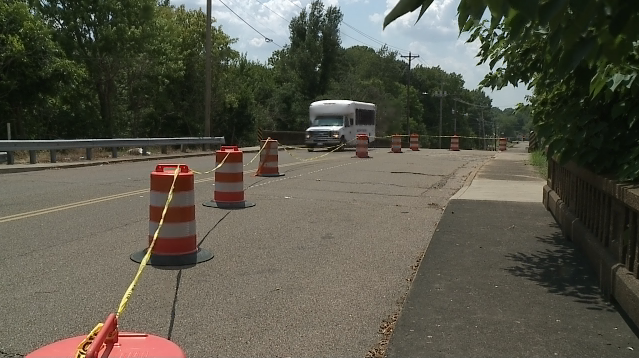 Repairs on Jackson Street are set to take place on Wednesday at 5 p.m. to 5 a.m. on Thursday. Both lanes between North Royal Street and Oak Street will be closed.

On Thursday, the eastbound lane will reopen at 5 p.m.

“And what actually took so long, we had to have the state, TDOT, to inspect it,” said Street Department Superintendent Johnny Weddle. “And I know a lot of citizens were wondering what was going on with the bridge. That’s what took so long because I had an inspection, so there’s nothing wrong with the bridge, we’re just going to replace and repair the overproch part of it to get to the bridge.”

The Jackson Street bridge is expected to fully reopen on Monday, July 11.