ST. PAUL, Minn. (AP) — A federal judge on Thursday sentenced Derek Chauvin to 21 years in prison for violating George Floyd’s civil rights, telling the former Minneapolis police officer that what he did was “simply wrong” and “offensive.” 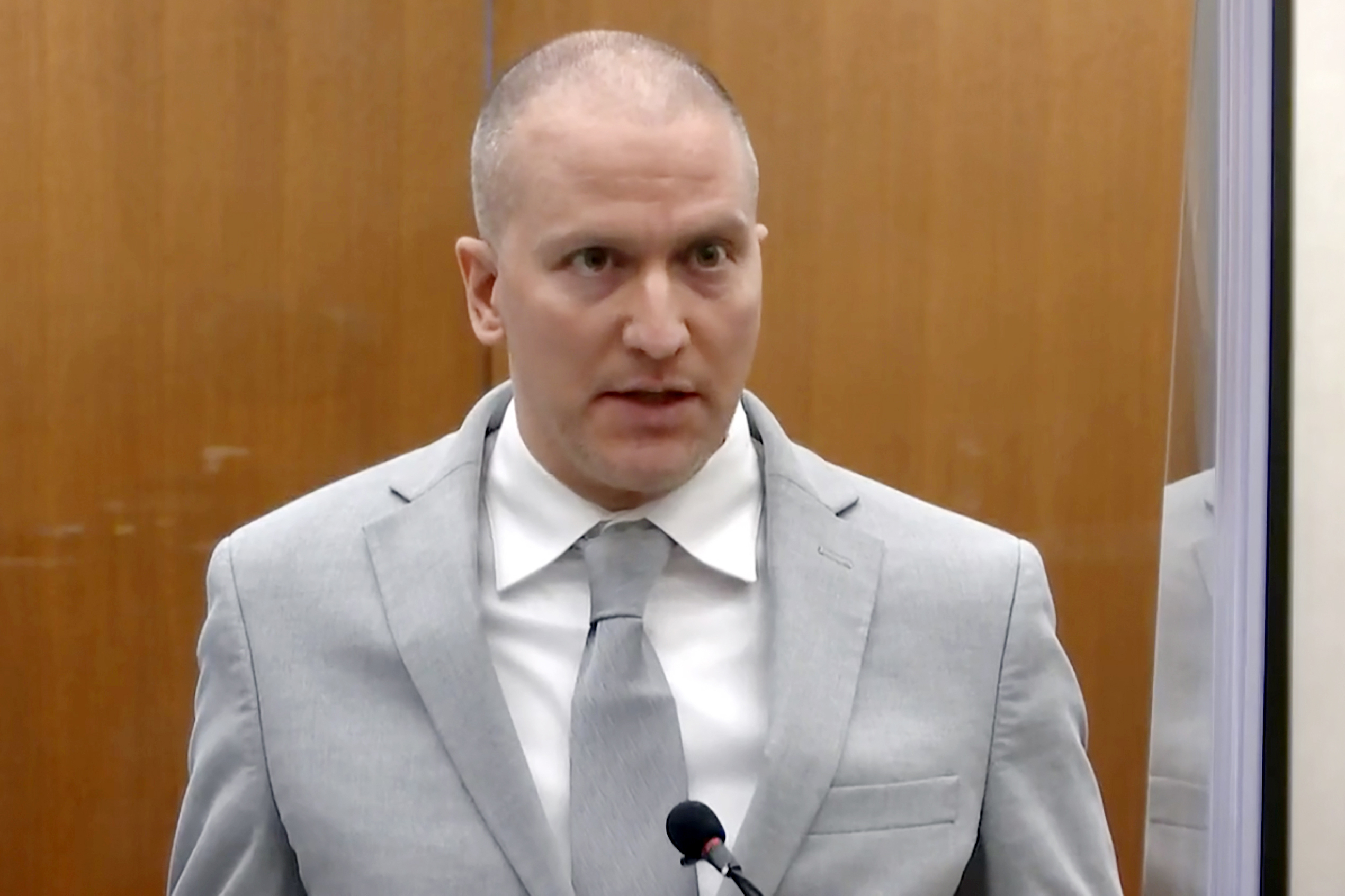 U.S. District Judge Paul Magnuson sharply criticized Chauvin for his actions on May 25, 2020, when the white officer pinned Floyd to the pavement outside a Minneapolis corner store for more than nine minutes as the Black man lay dying. Floyd’s killing sparked protests worldwide in a reckoning over police brutality and racism.

“I really don’t know why you did what you did,” Magnuson said. “To put your knee on a person’s neck until they expired is simply wrong. … Your conduct is wrong and it is offensive.”

Magnuson, who earlier this year presided over the federal trial and convictions of three other officers at the scene, blamed Chauvin alone for what happened. Chauvin was by far the senior officer present as police tried to arrest Floyd while responding to a 911 call accusing him of using a counterfeit $20 bill to buy cigarettes. And Chauvin rebuffed questions from one of the other officers about whether Floyd should be turned on his side.

“You absolutely destroyed the lives of three young officers by taking command of the scene,” Magnuson said.

Even so, Magnuson’s sentence was at the low end of the 20 to 25 years called for in a plea agreement in which Chauvin will serve the federal sentence at the same time he serves his 22 1/2-year sentence for his state conviction of murder and manslaughter charges.

Because of differences in parole eligibility in the state and federal systems, it means that Chauvin will serve slightly more time behind bars than he would have on the state sentence alone. He would be eligible for parole after 15 years on the state sentence, but must serve almost 18 years of his federal time before he could be released.

He will also do his time in the federal system, where he may be safer and may be held under fewer restrictions than in the state system.

Chauvin attorney Eric Nelson had asked for 20 years, arguing that Chauvin was remorseful and would make that clear to the court. But Chauvin, in brief remarks, made no direct apology or expression of remorse to Floyd’s family.

Instead, he told the family that he wishes Floyd’s children “all the best in their life” and that they have “excellent guidance in becoming good adults.”

Chauvin wore an orange prison uniform and a protective mask, according to pool media reports from the courtroom. He waved at family and friends in the gallery as he entered. The media reports made no mention of visible reaction by Chauvin to any part of the hearing.

Prosecutor LeeAnn Bell asked Magnuson to give Chauvin the full 25 years possible in the plea deal, highlighting the “special responsibility” that he had as a police officer to care for the people in his custody.

“He wasn’t a rookie,” Bell said. “He knew what his training was. … He admitted before this court that his conduct was wrong and he did it anyway.”

“My family and I have been given a life sentence,” the man said. “We will never get George’s life back.”

Chauvin’s mother, Carolyn Pawlenty, who also appeared at his state sentencing, told Magnuson that her son didn’t go to work intending to kill someone.

“Many things have been written about him that are totally wrong such as he’s a racist, which he isn’t, that he has no heart,” she said.

“I believe it is God’s will for all of us to forgive. Everyone in the state of Minnesota needs to heal and remember that all life matters, no matter the color of your skin. Every life matters,” she added.

In entering his federal plea last year, Chauvin for the first time admitted that he kept his knee on Floyd’s neck — even as Floyd pleaded, “I can’t breathe,” and then became unresponsive — killing him. Chauvin admitted he willfully deprived Floyd of his right to be free from unreasonable seizure, including unreasonable force by a police officer.

Magnuson has not set sentencing dates for the three other officers who were on the scene — Tou Thao, J. Alexander Keung and Thomas Lane — who were convicted in February of federal civil rights charges.