LOS ANGELES (AP) — Bryan Cranston was hoping to get a hit in the All-Star Celebrity Softball game at Dodger Stadium.
Instead, the “Breaking Bad” actor got hit.

Cranston was struck in the right shoulder by a line drive off the bat of Grammy Award winner Anthony Ramos as they took batting practice in side-by-side makeshift cages outside the ballpark Saturday night. 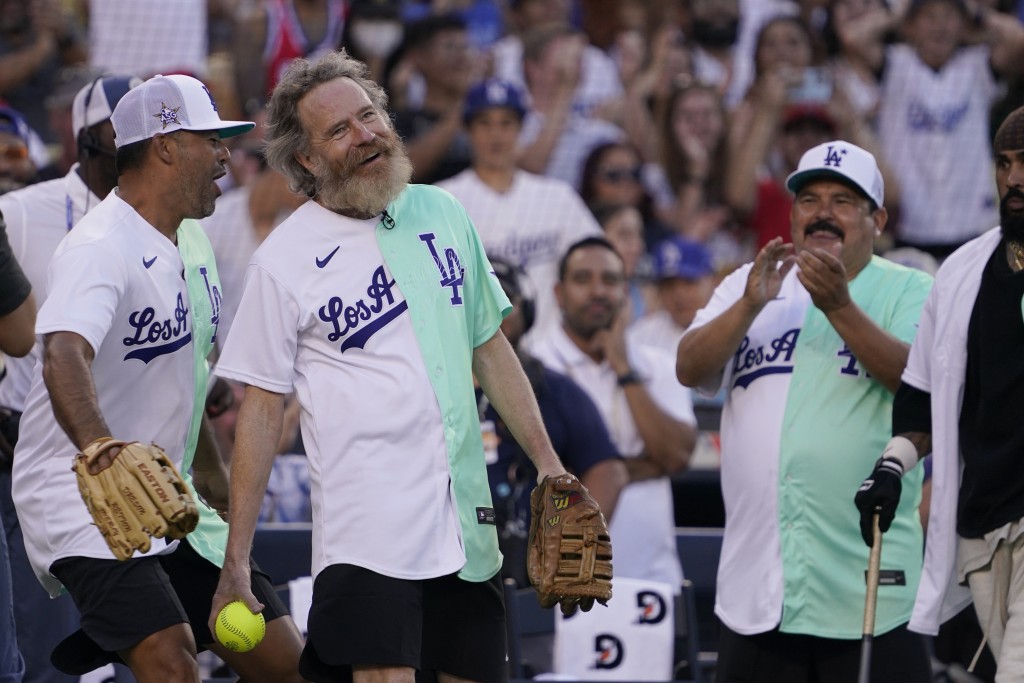 The 66-year-old Cranston doubled over for a couple minutes, then headed to his nearby trailer.

“It’s definitely going to bruise,” Cranston said after recovering. “I might be more of a cheerleader in this game.”

The Tony, Emmy and Olivier award winner later felt well enough to play on the field at Dodger Stadium. He took a called third strike and feigned an argument with the umpire.

Cranston has appeared at several games for the Triple-A Isotopes, and he and “Breaking Bad” costar Aaron Paul are scheduled to throw a ceremonial first pitch there July 30.