JACKSON, Tenn.–  “It’s just very heartbreaking to hear about the families that’s involved and the community. So it’s like another statistic has been added,” said one Jackson resident. 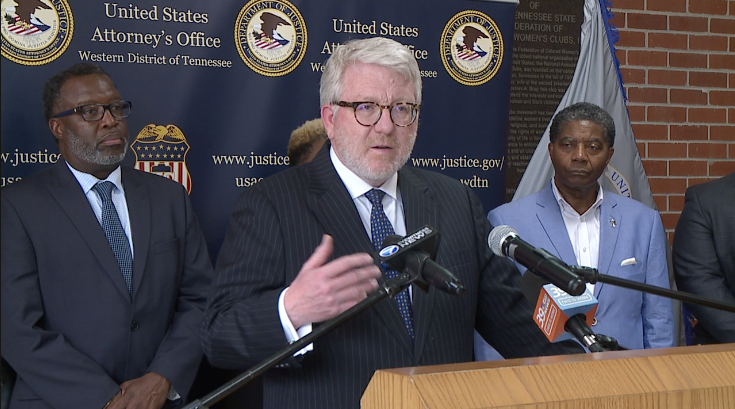 Due to recent crimes in the city, many government, community, school, city and law enforcement officials came together to introduce ICARE to the City of Jackson.

“This, for us, began this year, beginning of this year around January or February. And it started with Councilman Dodd pulling together leaders from across the Jackson community to talk about the issues of community violence that we have present in this community,” said Matt Marshall, the President & CEO of United Way of West Tennessee.

Acting U.S. Attorney for the Western District of Tennessee, Joe Murphy announced that the ICARE Community Summit will be coming to Jackson.

The mission is to reduce the cycle of violence and create a safer environment for residents.

“I don’t even like to go out because I don’t really want to risk my life not going home to my child. Like, I don’t want to deal with all that,” one resident said.

“I’m accustomed to hearing a lot about that originating from Illinois. It’s a lot of gun violence and killings and murders everyday. So when I hear it here, I feel like it could be avoided,” said another Jackson resident.

Many residents believe the solution to the problem is getting more involved with the youth and having more events and activities to stay out of trouble.

“Get the kids involved more doing more things for the kids and families,” said one Jackson resident.

“If there’s like a Boys and Girls Club type of deal for teenagers, it could be helpful like Big Brother, Big Sister,” another Jackson resident added.

In an effort to get in touch with the community, the first ICARE event will be a community summit with four different workshops addressing problems in the community.

“Community and citizens stand with me and say enough is enough. We are totally committed to fighting violence in the community. We’ll be partnered with different neighborhoods to combat violence. ICARE is here,” said District 2 Councilman Johnny Dodd.

The community Summit will be on Aug. 6 at Lane College.