JACKSON, Tenn. — The Tennessee Bureau of Investigation has released their 2021 ‘Crimes in Tennessee’ publication. This publication gives detailed reports on the volume and nature of crimes within different city counties and more. 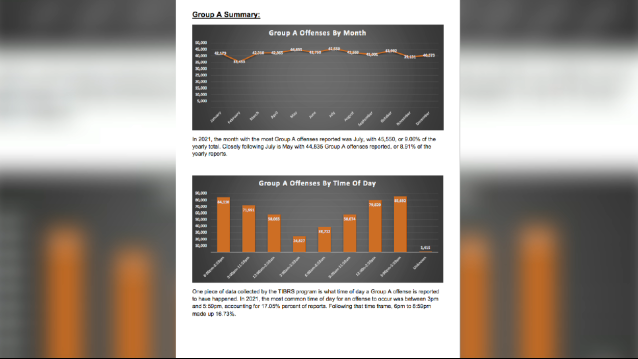 Group A offenses include crimes against people, property, or society. Examples of Group B offenses are disorderly conduct, DUI’s, trespassing and more.

In Gibson county there were 771 offenses, and 397 of those have been solved.

As for the Jackson police department, there were more than seven thousand offenses total in the city and only 2,818 of those offenses have been solved.

The City of Jackson is home to more than 67 thousand residents. Most of the city’s Group A offenses stem from aggravated assault, with 1,437 offenses reported. A little more than two thousand adults and 156 juveniles made up the overall 2021 Group A offenses.

There have been a total of 2,225 arrests made by the Jackson police department.