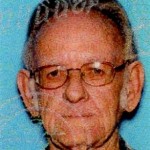 Frank Hardin Jones, age 81, passed away on Wednesday, July 20, 2022, at his home in Dyersburg, TN.  All services are under the direction of the Bells Funeral Home.

Mrs. Jones was born in Obion Co, TN on March 27, 1941, to the late Billy Jones and Beulah Hardin Jones.  He worked as a truck driver and loved to grill.

The Jones Family are honoring his wishes for cremation and further information will be announced as it becomes available by the Bells Funeral Home.