The NCAA notified Tennessee on Friday of the Level 1 violations, the NCAA’s most serious, for allegations of providing impermissible cash, gifts and benefits worth about $60,000 to football recruits and their families under Pruitt. The notice of allegations says at least a dozen members of Pruitt’s staff were involved in more than 200 individual violations over a two-year period. 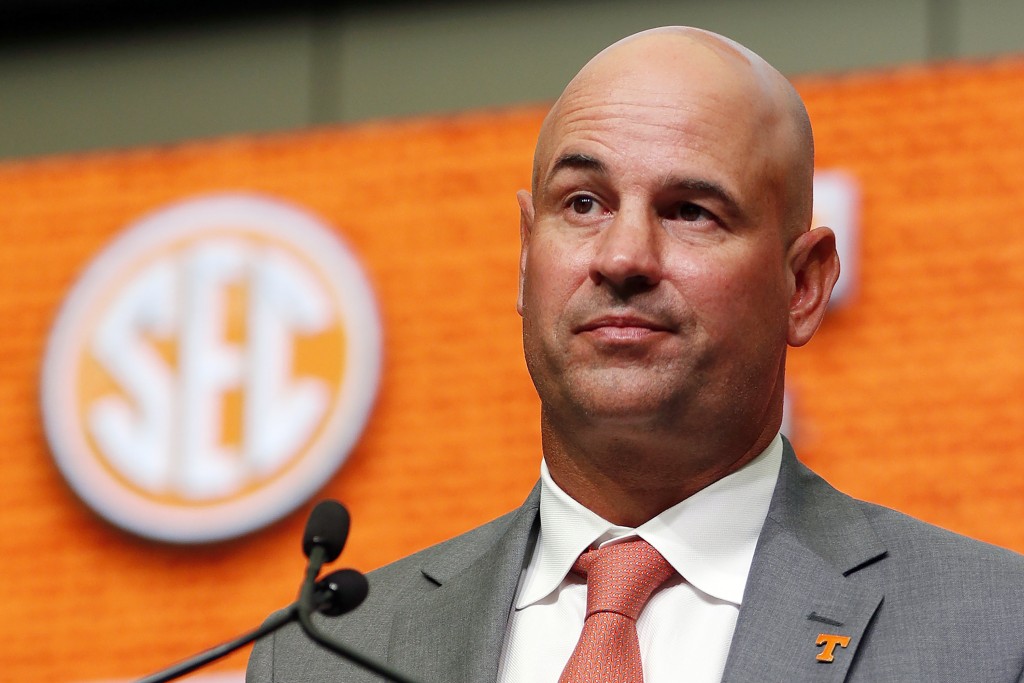 Tennessee has until Oct. 20 to respond, according to the letter it received from the association’s enforcement staff.

Pruitt and nine others were fired for cause in January 2021 after Tennessee started an internal investigation following a tip on Nov. 13, 2020, and found what the university chancellor called “serious violations of NCAA rules.” The firing negated Pruitt’s $12.6 million buyout after he went 16-19 in three seasons.

Chancellor Donde Plowman had said Pruitt was responsible for overseeing the football program. Tennessee also fired two assistants and seven members of the recruiting and support staff. Pruitt, three of his assistants and three other staffers could face show-cause penalties making it difficult for them to get another college job after a hearing is held with the NCAA’s Division I Committee on Infractions.

“In every step of this process, we took quick and decisive actions that exemplified the longstanding values of the NCAA reiterated in the membership’s new constitution,” Plowman said in a statement Friday. “The university hired outside counsel to fully investigate allegations about the football program, acted promptly to terminate the employment of football coaches and staff members, and shared our conclusions with the NCAA enforcement staff.”

Pruitt told ESPN he was still reading through the report and seeing a lot of information in the allegations for the first time.
“I’d rather not comment a whole lot past that, other than to say that I’m looking forward to telling my side of the story somewhere down the road,” Pruitt said.
NCAA investigators opened a case in December 2020 and became more involved within the two weeks before Pruitt was fired.

The complaint notes how Tennessee handled its investigation “should be the standard for any institutional inquiries into potential violations.” The NCAA noted Tennessee immediately mirror-imaged football staffers’ cell phones leading to information “that substantiated the violations alleged.”

Plowman noted the NCAA enforcement staff recognized the university’s “exemplary cooperation” in the case.
“While we will take appropriate responsibility, last fall, the university announced that we will not self-impose penalties that harm innocent student-athletes like postseason bans based upon the actions of coaches and staff who are no longer part of the institution,” Plowman said.

On nine separate weekends from July to November 2020, about $12,100 in impermissible recruiting inducements and unofficial visit expenses were provided for six recruits and their families to come to the Knoxville area, according to the complaint.

Among the allegations, on at least 31 occasions from January 2019-March 2021, outside linebackers coach Shelton Felton, inside linebackers coach Brian Niedermeyer, recruiting staff member Bethany Gunn and Pruitt’s wife, Casey Pruitt, provided about $16,300 in impermissible benefits to an individual in the form of cash, parking to attend home football games and entertainment expenses to host a recruit’s mother.

And on 25 occasions from January 2019-March 2021, Casey Pruitt allegedly provided a total of $12,500 in cash benefits to an individual for monthly car payments.
Pruitt and two recruiting staffers provided or arranged for approximately $11,223 on at least 20 occasions between January 2019-December 2020. That includes $2,443 reimbursed to the assistant director of recruiting using CashApp for costs that covered furniture, household goods or party decorations.

The then-head coach also provided approximately $6,000 in cash toward a down payment toward a new car during an unofficial visit.

White said in a statement that receiving the notice of allegations “was an expected, requisite step in this process — a process our university initiated proactively through decisive and transparent actions. This moves us one step closer to a final resolution.

“Until we get to that point, I am unable to discuss the case in any detail. As a university, we understand the need to take responsibility for what occurred, but we remain committed to protecting our current and future student-athletes.”