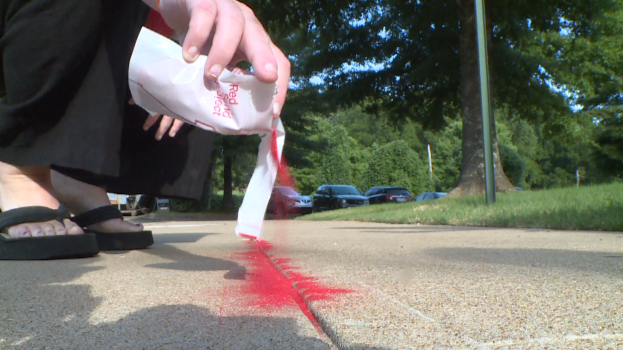 Tuesday morning, employees filled their sidewalk cracks with red sand, representing the victims of human trafficking who fall through the cracks.

Tennessee Bureau of Investigation reports that on average, every two minutes a child is bought or sold for sex in the United States. The average age of a child sold for sex is 13 years old, and human trafficking is the second fastest growing criminal industry.

Public Health Educator Amanda Johnson says it is a big problem in Tennessee, especially in the summertime. She says there are a few things to look out for when trying to save these victims. 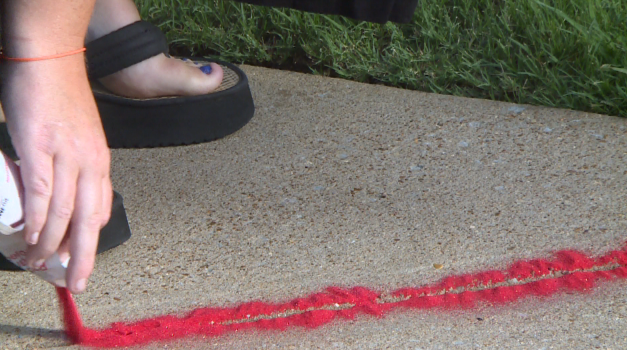 “Certain tattoos, branding — the branding tattoos, the lack of eye contact, the lack of medical documentation, the victim oftentimes will not be allowed to speak for themselves because their abuser or their traffickers will want to be right there with them to make sure they don’t say anything,” Johnson said.

Johnson warns to be alert because it happens in a blink of an eye.