Jackson residents invited to write a letter for future readers

JACKSON, Tenn. — You now have the chance to send a letter forward in time. 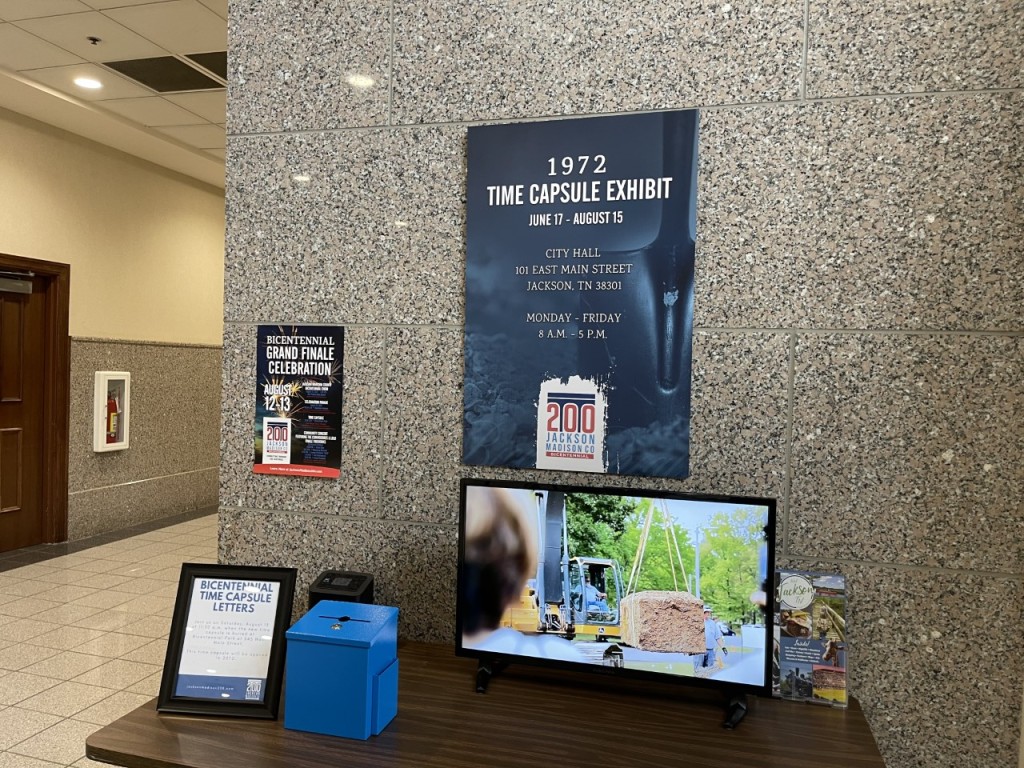 Though the letter will not be literally sent forward in time, it will be read in the year 2072.

The City of Jackson says that you can write a letter, whether it be to family members, art, an essay, a poem, or anything else you can think of, and it can be placed in next month’s time capsule.

Your letter must be able to be folded to go in the drop box that is in Jackson City Hall. And the deadline to get your letter in is next Tuesday, Aug. 2.

Your letter, along with many other items will sealed inside the capsule on Aug. 5, then placed in the grounds of Bicentennial Park on Aug. 13 at 11:30 a.m.

For perspective, someone born in the year 2000 will either be or almost be 72, while the writer of this article will be 75. And someone born when the 1972 capsule was buried would be 100!

Chairman of the Jackson-Madison County bicentennial time capsule committee, Trey Cleek says organizers have hired engineers and a construction team to make sure the items will not be ruined on excavation day like the previous one.

The Bicentennial Commission says that it can not assure anyone of how the letters will be handled when finally unearthed. The commission says they may go to family or be put on public display.