Jackson-Madison Bicentennial Celebration to end with weekend of free events 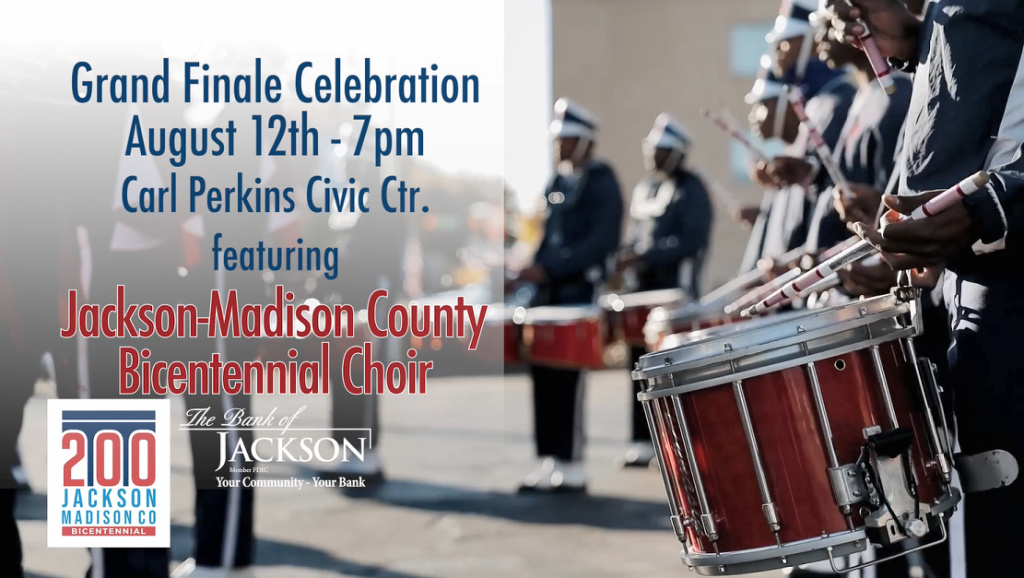 The grand finale weekend, planned for August 12 & 13, will feature a parade, a community concert, a time capsule burial and more. 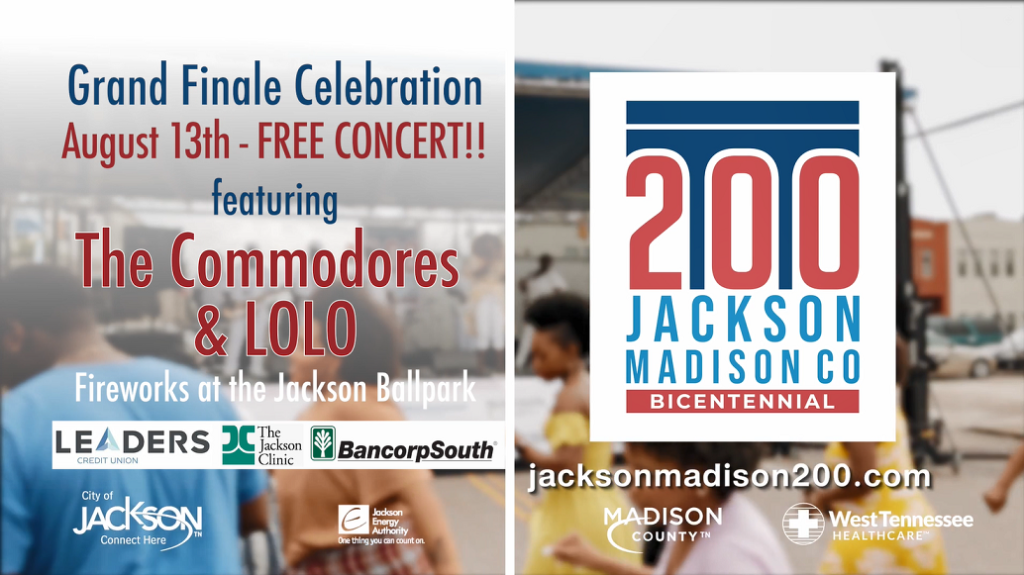 At 7 p.m. on Friday, August 12, the Jackson Madison County Bicentennial Choir will perform at the Carl Perkins Civic Center. The choir consists of 150 members and a 23-piece orchestra, featuring songs that reflect the history of the community and set the stage for the future.

Closing ceremonies are also set to take place during this event, where the Milestones history book by author Kevin McCann will be unveiled by the Bicentennial Commission. All attendees will receive a copy of the book along with a commemorative coin, and McCann will be on-site to sign the books.

On Saturday, August 13, a parade will be held in downtown Jackson starting at 10 a.m. The parade’s theme is “Yesterday, Today and Tomorrow.”

Following the parade, a new time capsule will be buried to be opened fifty years from now in 2072. The burial will take place at 11:30 a.m. at Bicentennial Park, located at 345 West Main Street in Jackson.

Finally, the celebration ends with a community concert and fireworks show at the Jackson Ballpark. The Commodores are scheduled to headline with LOLO opening the show. Gates will open at 4:30 p.m. with opening remarks to begin at 6:15 p.m. LOLO will take the stage at 6:30 p.m., with The Commodores following at 7:30 p.m. The night will end with the fireworks show at 9 p.m. Bag policies and stadium rules can be found at jacksonmadison200.com.

The Bicentennial Choir is sponsored by the Bank of Jackson, Southern Airways Express and HCB Development.

The community concert and fireworks show are sponsored by Leaders Credit Union, BancorpSouth and The Jackson Clinic.

Legacy sponsors for the Bicentennial include the City of Jackson, Madison County, West Tennessee Healthcare and Jackson Energy Authority.

For more news in the Jackson and Madison County area, click here.