Free concert to be held in Fulton, Kentucky

FULTON, Ky. — A free show is being held just across the border in Kentucky. 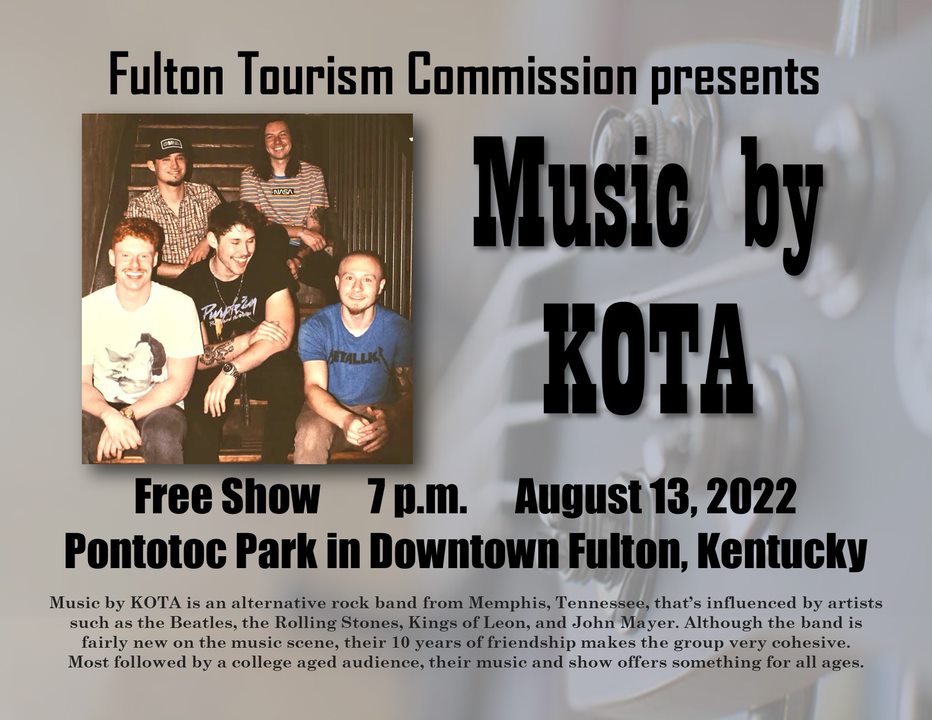 The Fulton Tourism Commission is hosting Music by KOTA on Aug. 13.

They are an alternative rock band from Memphis, and their work has been influenced by many big name stars and groups like the Beatles, John Mayer, the Rolling Stones and more.

The free show is being held at 7 p.m. in Pontotoc Park in Fulton, Kentucky, which is just across the border from Tennessee’s South Fulton.