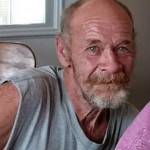 Tommy Lee Lipford, age 66, passed away peacefully at his home on Saturday, July 30, 2022, in Alamo, TN.  All services are under the direction of the Bells Funeral Home.

Mr. Lipford was born in Alamo, TN, on June 13, 1956, to the late Raymond Lipford and Elizabeth Ann Robertson Lipford.  He worked in construction his whole life and will be greatly missed by all who knew him.

The Lipford Family is honoring his wishes for cremation and a private family memorial will be held at a later date.