NASHVILLE, Tenn. (AP) — A transgender child and her parents are suing the Tennessee Department of Education over a law that prohibits transgender students and staff from using school bathrooms or locker rooms that match their gender identities. The suit was filed Thursday in federal court in Nashville by a student identified only as D.H. It claims Tennessee’s law violates D.H.’s Constitutional rights under the Equal Protection Clause and also violates Title IX, the 1972 federal law that prohibits sex discrimination in education. Whether Title IX protects transgender students is a subject of fierce debate. The U.S. Department of Education issued guidance in June that it did apply, but a federal judge temporarily blocked that interpretation last month. 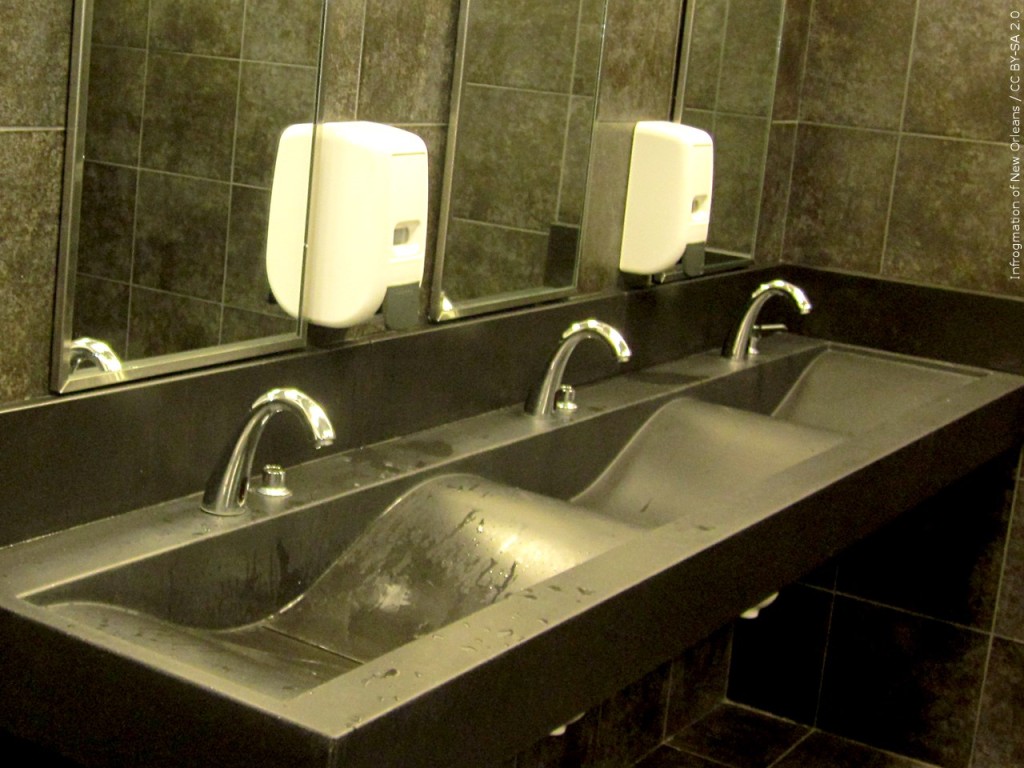 NASHVILLE, Tenn. (AP) — A transgender child and her parents sued the Tennessee Department of Education on Thursday over a law that prohibits transgender students and staff from using school bathrooms or locker rooms that match their gender identities.

The suit was filed in federal court in Nashville by a student identified only as D.H. The complaint states D.H. was assigned male at birth but identifies as female. D.H., who is now 8 years old, began living as a girl at the age of 6, according to the lawsuit.

The school initially agreed to support D.H.’s social transition but by January of this year, the “administration could not provide D.H. with the support she needed to complete her social transition,” according to the complaint. That’s because Tennessee law prevents her from using the girls bathroom at school.

The school accommodates D.H. by letting her use one of four single-occupancy restrooms, which “reinforce the differential treatment” of D.H., according to the lawsuit. This violates her Constitutional rights under the Equal Protection Clause and also violates Title IX, the 1972 federal law that prohibits sex discrimination in education, the lawsuit claims.

The situation was so stressful for D.H. that at one point she stopped using the restroom at school entirely and began limiting her food and water intake to minimize her need for the restroom, according to the lawsuit. The child has developed “developed migraines, reflux, and recurring nightmares of school,” the lawsuit states.

“Years ago, I chose to move to Tennessee because it was known as ‘the volunteer state,’ whose citizens cared for their neighbors without hesitation — not a state that legalizes discrimination against helpless children,” D.H.’s mother, identified as A.H., said in a news release announcing the lawsuit.

Under Tennessee’s bathroom law, a student, parent or employee can sue for monetary damages “for all psychological, emotional, and physical harm suffered” if school officials allow a transgender person into a bathroom or locker room that does not correspond with their gender assigned at birth when others are present. They also can sue if required to stay in the same sleeping quarters with someone assigned the opposite gender at birth who is not a family member.

The suit filed Thursday is the second one challenging the Tennessee Accommodations for All Children Act. A previous lawsuit was dropped after the child plaintiffs moved out of state.

Tennessee’s attorney general’s office declined to comment on the new lawsuit. In court filings on the previous suit, the office argued that the law does not violate the Equal Protection Act because the Act does not apply to transgender people, among other reasons. They also argued it does not violate Title IX because “Congress enacted Title IX’s prohibition of discrimination ‘on the basis of sex’ at a time when ‘sex’ indisputably meant biological sex.”

U.S. Department of Education guidance from June 2021 said discrimination based on a student’s gender identity would be treated as a violation of Title IX. However, last month a federal judge in Tennessee temporarily barred the enforcement of that interpretation. In his ruling, U.S. District Judge Charles Atchley Jr. sided with Tennessee Attorney General Herbert Slatery and 19 other state attorneys general who claimed that directives from the Biden administration infringe on their states’ right to enact laws that, for example, prevent students from participating in sports based on their gender identity or requiring schools and businesses to provide bathrooms and showers to accommodate transgender people.

Tennessee’s school bathroom law was one of several targeting accommodations for transgender people that were signed into law last year by Gov. Bill Lee. They include a first-of-its-kind law that requires businesses and government facilities to post signs if they let transgender people use multiperson public bathrooms that don’t correspond with their gender assigned at birth. A federal judge struck down that law earlier this year.