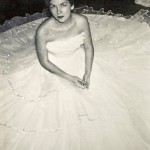 Nancy Kara Reeves, age 88, passed away peacefully on Thursday, August 4, 2022, at her home in Jackson, TN.  All services are under the direction of the Bells Funeral Home.

Nancy was born in Jackson, TN on January 6, 1934, to the late Walter and Grace Hastings.  She was a gifted mother who most enjoyed spending time with the family she lovingly built. She retired from the Jackson-Madison County Clerk’s Office where she worked as a clerk for many years. She was also preceded in death by her husband of over 58 years:  Mr. Robert Kenneth Reeves.

In lieu of flowers, donations can be made to Jackson-Central Merry High School in Jackson, TN. Further information will be announced as it becomes available by the Bells Funeral Home.