According to information received from the Tennessee Bureau of Investigation, a now-former officer from Hohenwald Police Department has been arrested. 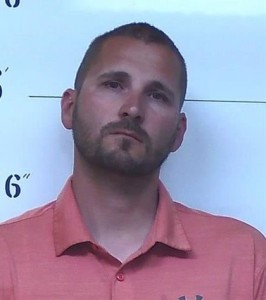 During the investigation, agents uncovered information that Koch was involved in an incident that occurred on or around July 2, involving the tampering of evidence.

Koch was arrested on August 4, and booked into Lewis County Jail on a bond of $2,500.