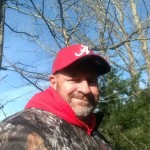 Mark was born October 6, 1965 in Morgantown, West Virginia, the son of Wendell Henry Bennett and the late Mary Lou Lehman Bennett. He served his country in the United States Air Force and was in Desert Storm and the Iraq War. Mark served for 21 years and was a Master Sergeant and an Aerospace Propulsion Specialist before his retirement from the military. He was employed at FedEx for 20 years and worked as a Senior Aviation Maintenance Technician. Mark was married June 28, 1995 to Joyce Sims Bennett and he had a special love for his wife and family. He enjoyed hunting, fishing and working on cars and he knew everything about every airplane.