A Pleasant Evening At The Ballpark, Showers Returning Next Week!

We started out in the low 60’s this morning and a few of us had upper 50’s! A nice little touch of Fall in the air the first half of Saturday followed by a pleasant afternoon and evening. Lower humidity will allow us to be outside with a crisp feeling to the air instead of a steam sauna for a change! Sunday looks great as well but after a nice cool first half of the day we’ll warm up to the lower 90’s in the afternoon. 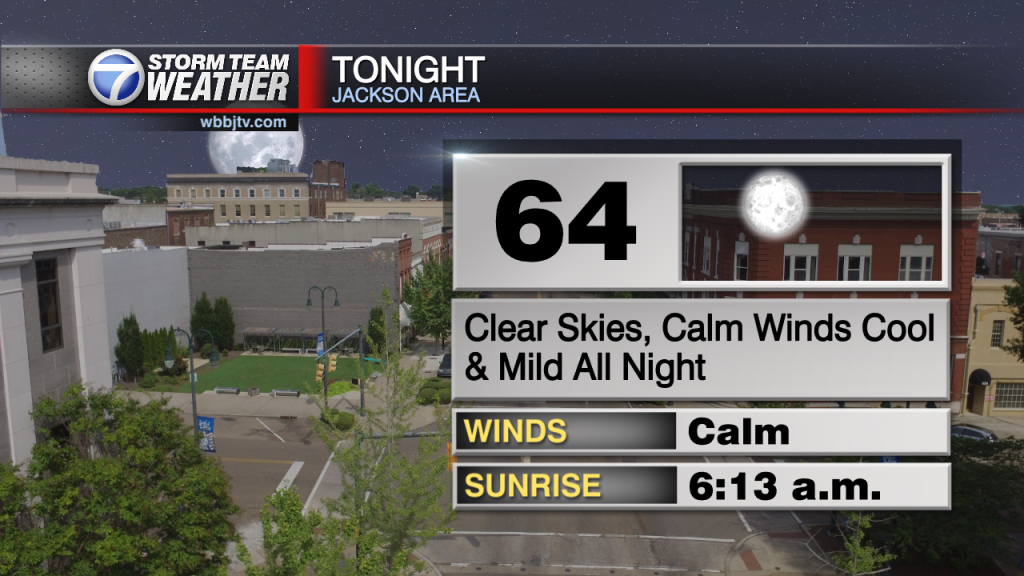 The weekend looks to be one of the nicest and more mild weekends we have had so far this summer. Highs on Saturday will reach the mid 80s and Saturday night lows will drop into the low to mid 60s. The winds will stay light out of the northeast on Saturday and the humidity will NOT be a factor on Saturday. Rain chances look highly unlikely on Saturday. A few late showers and storms could return late Sunday night but most of the day Sunday looks to also be dry. The winds will shift back to the south during the day on Sunday that will help warm things back up a bit and could lead to more cloud cover for the back half of the day. Highs on Sunday will climb back into the upper 80s to near 90°. Sunday night lows will fall down to the upper 60s and more humid weather with rain chances looks to be returning for the start of next week.

Some late night showers could linger Sunday night into Monday morning and another round of pop up showers will return to West Tennessee Monday afternoon. Chances for rain on Monday currently sit around 30% but increases back to around 60% on Tuesday. Some lingering showers and storms could develop again on Wednesday before the next system moves out on Thursday decreasing shower chances and cloud cover. Highs next week will be in the mid to upper 80s and lows will generally be falling down to the upper 60s. Some mid to lower 60s could return for the end of next week depending on the strength of the late week cold front. Skies will remain partly to mostly cloudy next week and the winds will start of the west on Monday and switching back to the north or northeast for the majority of the week as well. Some more milder and cooler weather could be coming back for Friday and into the following weekend.

After a very hot and dry July, August has started out a little cooler and so far has been a wet start to the month as well. It appears the extreme heat may be over with but another heat wave or two could still move in over the next few weeks. There will be more chances for severe weather but overall, August and September are typically low for severe weather development.  The tropics have been very quiet so far but usually begin to heat up towards the end of the summer. So you need to stay weather aware to changing weather patterns and monitor the forecasts closely. We got you covered in the WBBJ 7 Storm Team Weather Center as always.

Cool Mornings Through the Weekend & the Latest on Ian